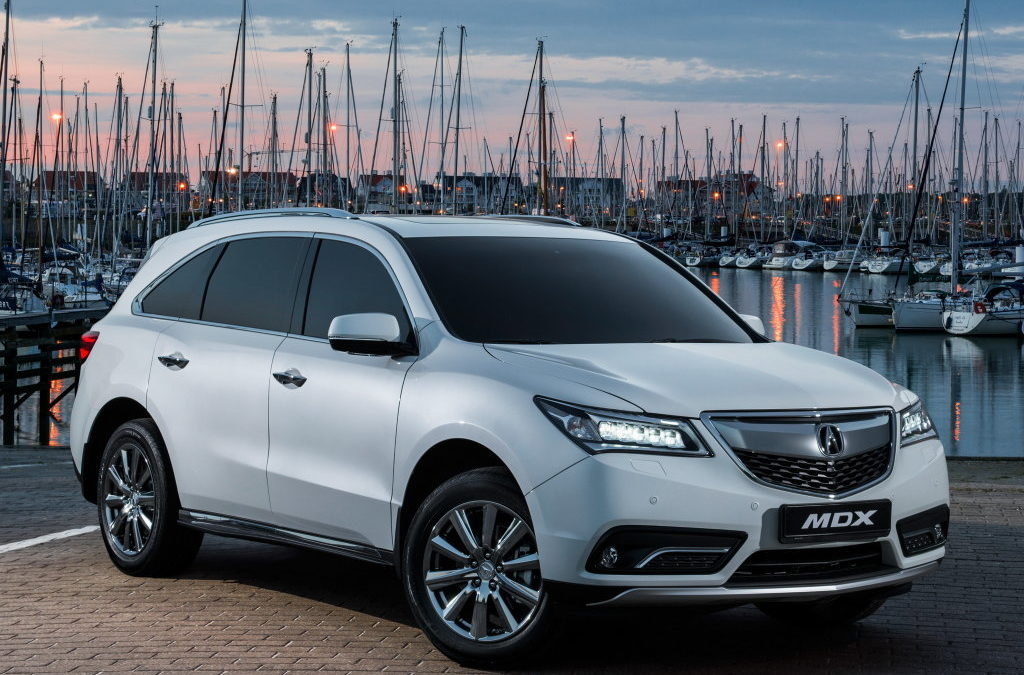 Acura MDX luxury crossover has been produced since 2000.  At the same time, it was announced the start of sales of the third generation Acura MDX in spring 2014. The premiere of a new generation of crossover took place a year before, at the International Auto Show in New York.

The key features of the new steel are: high fuel efficiency, improved dynamic performance, as well as luxury interior equipment. The car is designed on a new platform and in addition to the all-wheel drive transmission is offered with the front drive type. However, it is the all-wheel drive version of the car that is presented on the US market.

The main innovations in the interior Acura MDX – a touch screen with vibration feedback, which reduced the number of buttons on the console; glass with improved sound insulation; lowered seats. The front seats are equipped with electric (with memory) and heated, the rear fold in parts (60:40) and also heated, there is a third row for two seats (50:50). Jewel Eye LED headlamps are installed on the MDX, and LED foglights are also offered for an additional charge. Techno’s standard equipment includes side-mounted electric mirrors with turn signal and auto-tuning when reversing is engaged, electric trunk, electrolink, adjustable steering column, multifunction steering wheel, three-zone climate control, a start button, and dividing armrests in front and behind.

he new MDX is equipped with a 3.5-liter V6 engine with variable cylinder control system. This engine represents the latest generation of engines developed by Honda based on Earth Dreams technology and features improved fuel efficiency. So, for example, at the maximum return of 290 hp (Maximum torque of 355 Nm) consumes 10.1 liters of gasoline per 100 km in the combined cycle (consumption in the city of 14.2 l / 100 km in and 7.7 l / 100 km outside the city). Up to 100 km / h, it accelerates the crossover in 7.6 seconds, the maximum speed of 220 km / h.

Acura MDX is equipped with a front suspension with suspension struts such as McPherson, rear multi-link. The center of gravity of the MDX is now lower, and the new exterior design has provided him with improved aerodynamic characteristics – all this contributes to a more stable and dynamic behavior on the road. This also corresponds to the standard electric power steering, as well as the unique all-wheel drive system SH-AWD (Super Handling All-Wheel Drive), which is considered one of the most advanced systems at the moment and is able to send from 10% to 70% of engine torque to rear axle, and additionally distribute it between the wheels – up to the full impact of the whole moment to one of the wheels. In the corners, the rotation of the outer rear wheel is enhanced, helping the machine to “screw in” into turns.

Due to the use of third-generation high-strength steel, the third-generation MDX received a reinforced structure and slightly reduced in weight. Standard passive safety features are supplemented by a driver’s knee airbag. Active electronic systems are represented by a set of ABS + EBD, electronic stability control systems and an anti-slip system, as well as a start-up assistance system. Standard equipment includes tire pressure monitoring, front and rear parking sensors. As an option (or as standard in more expensive equipment) systems such as lane conservation and collision avoidance systems, adaptive cruise control, blind spot monitoring systems are installed.

In 2015, sales of the upgraded version of the Acura MDX crossover began. The SUV is still equipped with the only available engine: a 3.5-liter V6 SOHC with a capacity of 290 hp However, the main innovation was the nine-speed “automatic” instead of the old six-band. In this case, the automatic transmission selector in the form of a lever gave way to a button system. Despite a lot of advantages and luxury equipment, the MDX enjoyed limited demand.