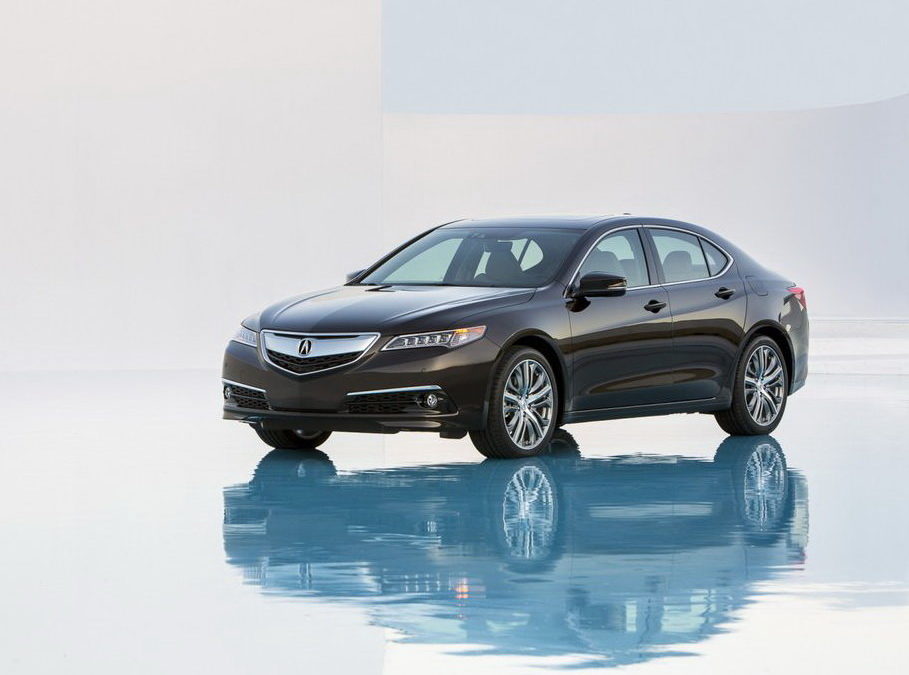 In early 2014, Acura unveiled in Detroit a pre-production prototype of the new TLX business sedan, which replaced the two models of the company in the same year: the TL and TSX. The official premiere of the serial sample took place in April 2014. The novelty, which was designed in the design studio Acura in Los Angeles, took place in the company’s model range between the ILX compact sedan and the new flagship RLX.

The car has the same wheelbase as the departed TL sedan (2776 mm), but 9.7 cm (4831 mm) shorter in length due to shorter overhangs. Compared with TL, 15% improved aerodynamic drag coefficient. Some parts are made of magnesium and aluminum (hood, bumper beams and front subframe), making the TLX easier. The luxury sedan is available in two versions: with front and all-wheel drive. In the first case (Techno grade) a 2.4-liter “four” under the hood, in the second (Advance grade) a 3.5-liter V6.

By default, Acura TLX standard equipment includes LED headlights, headlight washers, front and rear fog lights, rain and light sensors, heated windshield washer nozzles, heated / electric side mirrors and turn indicator lights. In the cabin – dual-zone climate control, multifunction steering wheel, engine start button, electric front seats, electric sunroof. The multimedia system includes nine speakers, a subwoofer and two LCD displays, Active Noise Control (ANC) active noise reduction system, iPhone connectivity, voice control of various functions. The electric parking brake is not only more efficient than a conventional manual brake, but also saves space in the cabin. The necessary degree of transformation of the cabin is provided by the back of the back sofa, which is up to 60:40. In more expensive equipment Advance sedan gets a start-stop system, gearshift buttons on the center console, a sun curtain behind the rear window (controlled from the second row of seats), ventilated front seats and much more.

In Techno picking, the front-wheel-drive Acura TLX is equipped with a 2.4-liter four-cylinder engine with a power of 208 hp. The engine is paired with an eight-speed automatic transmission that combines two clutches and a torque converter – according to the manufacturer, this solution is used in a serial transmission for the first time in the industry. In this modification, the sedan accelerates to 100 km / h in 8.2 seconds, the maximum speed of 210 km / h. Gasoline consumption – 7.9 l / 100 km in the combined cycle. A more expensive option – Advance – differs 290-horsepower V6 3.5-liter engine, which works together with a nine-speed “automatic”. In this modification, the Acura TLX accelerates to “hundreds” in 6.9 seconds, a maximum speed of 201 km / h, an average consumption of 9.1 l / 100 km.

In addition to the reduced weight and independent suspensions (rear – multi-link), various systems should have an impact on improving driving performance. One of them – Acura Precision All-Wheel Steer (P-AWS) on front-wheel drive versions – helps the rear wheels to taxi. All-wheel drive versions have a proprietary Super-Handling All Wheel Drive (SH-AWD) system that provides distribution of traction not only between the front and rear axles, but also between the rear wheels, in which components have become lighter by 25% and friction losses have been reduced. The Agile Handling Assist (AHA) system uses the potential of a VSA stabilization system and braking mechanisms for confident cornering with less need for a rudder. In addition to this, the Integrated Dynamics System (IDS) car settings system with four possible modes (Econ,

The driver and passengers in the Acura TLX are provided with curtains and airbags (including the knee for the driver), as well as active head restraints, child seat anchorages. The set of systems that ensure the stability of the vehicle on the road includes: ABS, brake force distribution system (EBD), auxiliary braking system (BAS), electronic stability control system and traction control, help system when starting uphill. In addition, there are standard here: cruise control, tire pressure sensors, rear parking sensors, rain and light sensors. The already high level of equipment in the top configuration completes: adaptive cruise control, a system for preventing collisions and leaving the occupied strip (with automatic course heading adjustment), blind spot monitoring function and other security features. The new business sedan, equipped with the latest technology, received the highest rating of Top Safety Pick + from IIHS and 5 stars in the NHTSA crash tests. 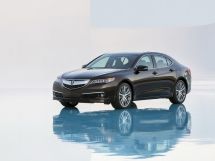