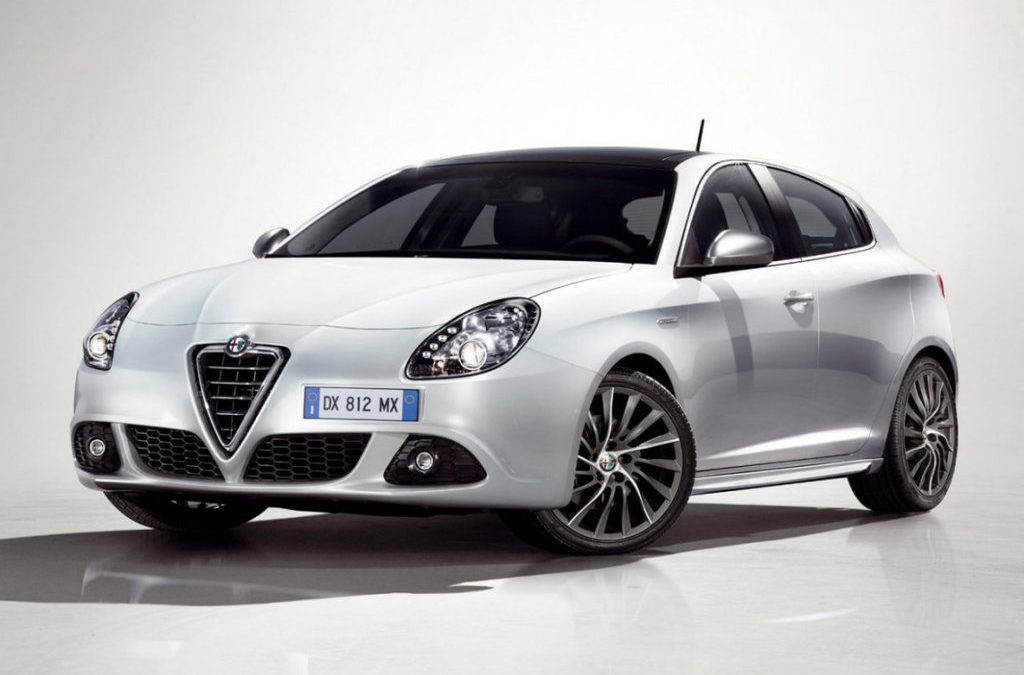 The sports hatchback Alfa Romeo Giulietta is a compact family car in a five-door body with a wheelbase of 2634 mm. Giulietta is built on the modern Fiat Compact (C-Evo) platform, which is also used to create the Fiat Bravo. Production of Giulietta began in late 2009, and the official presentation took place in Geneva in March 2010.

Initially, the hatchback was planned to be named Milano, which would draw a line of succession from one of the most commercially successful models of the company – Alfa Romeo Milano (North American version of Alfa Romeo 75), which in 1985 replaced the models Giulietta – Tipo 750/101 (1954-1965 ) and Tipo 116 (1977-1985). However, after the Alfa Romeo development center moved from Milan to Turin, it was decided to abandon this name in favor of neutral Giulietta. The new model, except for the name, of course, has nothing to do with cars of past years, and above all it differs by the type of drive: the previous two generations of Giulietta were rear-wheel drive, and the new hatchback uses a front-wheel drive scheme. In the Russian market, the car is presented in versions with a 1.4-liter engine (120 hp and 170 hp).

If we talk about design, the Alfa Romeo Giulietta is a vivid embodiment of the characteristic Italian style. The attractive “eyes” of the headlights, the firm grill of the grille and the sporty design of the lower part of the front bumper stand out in the attractive front part of the car. Among other features of the exterior, you can highlight the “absence” of door handles on the rear side doors. Salon Giulietta differs inherent in many models of Alfa Romeo minimalism, but it offers everything you need. Officially, the hatchback has been imported into Russia since 2012 and is offered in three levels of equipment. The basic equipment of Progression includes equipment such as electric power steering, power windows on all doors, heated front seats, climate control, a CD / MP3 player, etc.

The 1.4-liter turbocharged gasoline engine has a return of 170 hp The engine is equipped with the MultiAir electro-hydraulic camshaft adjustment system – this made it possible to increase power and torque. According to the manufacturer, this engine provides an instant response even at low revs, while the Start & Stop system reduces fuel consumption and emissions. It provides Giulietta acceleration to 100 km / h in 7.6 seconds, the average gas mileage is 5.1 l / 100 km. 1.4-liter gasoline engine with 120 hp Giulietta accelerates to “hundreds” in 9.4 seconds. The average consumption of 6.4 l / 100 km. In a fairly rich range of motor Giulietta there are other power units – diesel engines of 1.6 and 2.0 liters.

Giulietta has front-wheel drive. The McPherson Advanced Front Suspension is designed using lightweight materials such as aluminum. The design of the multi-link rear suspension not only sets the sporty ride quality, but is also designed to provide more space in the luggage compartment, while it weighs 10 kg less than the traditional multi-link suspension. The Alfa Romeo DNA system is used to select the settings of the machine, depending on the needs of the driver and road conditions. In Dynamic mode, a hatchback is characterized by sporting behavior: the engine responds immediately, its speed increases, while the Q2 electronic differential allows you to safely take turns. In the same mode, the Pre-Fill function is activated, which uses the VDC stability control system, to minimize the brake pedal pitch. Normal mode provides a comfortable ride with minimal fuel consumption. All Weather mode is suitable for low grip conditions, alerting active safety systems, including VDC and Q2 electronic differential, smoothly adjusting and controlling engine responsiveness.

Stability VDC is included in the standard equipment of all versions and interacts with the Alfa DNA system, which changes the behavior, characteristics and parameters of the engine, gearbox, steering system and electronic differential Q2. Giulietta also offers Pre-fill and DST (Dynamic Steering Torque) systems – steering torque adjustment. Safety is enhanced by six pillows as standard, three-point belts with dual pretensioners and pressure limiters, safe pedals and a steering column, armchairs with protection from whip injuries, Isofix anchorages for the child seat. Alfa Romeo Giulietta scored 87 points out of 100 and received 5 stars in the EuroNCAP rating, which is the best result among cars in this category.