Are High Revs Bad For Your Engine 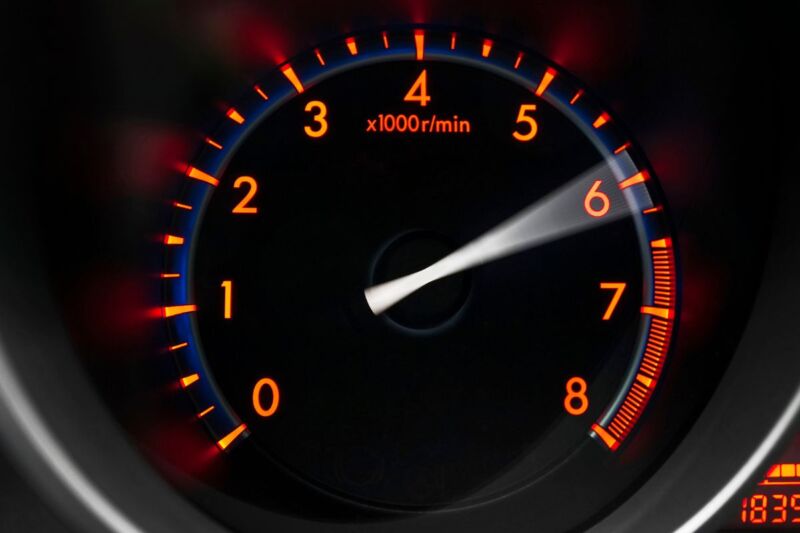 Do you love the sound of a high-revving engine? Many people do, but is that really good for your car? Some experts say that revving your engine too high can actually be bad for it. Find out why and what you can do to protect your investment.

Each motor has a maximum RPM that it can reach. Increasing the engine’s maximum RPM is possible via tuning and other modifications, but there is a limit beyond which the engine cannot spin without being damaged.

The only place you’ll find engines capable of 18,000 RPM is during a Formula One race or on a drifting experience. Unless you’ve adjusted your engine, 7,500 RPM is definitely stretching it for Mustangs with the third-generation 5.0L Coyote engine.

There is still a maximum RPM that cannot be exceeded, regardless of how well you tune your engine.

Max RPM is ultimately capped by a number of reasons. Intake and exhaust airflow, engine displacement, and piston diameter and stroke all have a role.

Most of the thrust for an Air Flow Engine comes from a chain reaction of very small explosions. Like every fire, explosions need something to ignite them, something to burn, and something to breathe. In an effort to gain more propulsion from each explosion, many people install a cold air intake or hood scoop to increase air flow or lower the temperature of the air that enters the engine. Yet there is a limit to how much more air can be pumped into a system before the system becomes unstable.

Volume of the Engine

By “litres,” we mean the combined volume of the engine’s cylinders. Last but not least, the maximum RPM is bound by the engine’s displacement. More engine displacement means a greater potential for torque and horsepower.

The engine’s pistons need to go through four stages—induction, compression, combustion, and exhaust—and this takes time. While the time commitment is little, it may nevertheless be a hindrance.

Increasing your maximum RPM is difficult, but not impossible. Formula One drivers can due to their low-mass vehicles and smaller, shorter-stroke engines. It’s not possible to push a race car above its maximum RPM in Formula One without risking serious mechanical failure.

Over-revving your car and causing damage to the engine is more of a challenge with today’s engine technology, which is why they’re equipped with rev limiters. Over-revving is just a problem for persons who are into vintage automobiles or who prefer to modify their vehicles for maximum performance (like most of the folks at CJ’s). When tuning the maximum RPM of an older vehicle, a rev limiter may be installed or a new one purchased.

The term “fuel control” is often used to refer to the kind of rpm limiter most commonly used. They drain your gas tank, thereby slowing your vehicle. There are two distinct kinds of rpm restrictors, spark control limiters and speed limiters. They do their job by eliminating the third necessary ingredient for combustion. Inefficient combustion may occur when using spark control limiters since fuel is still fed into the cylinder. Even if your engine slows down, the gasoline is going to go someplace, and that’s an interesting problem on its own.

Inadequate shifting skills in a manual transmission car renders the rpm limiter useless. If you downshift too soon, your engine may still spin too rapidly for safety even if you reduce power. Over-revving happens when a driver misses a gear while changing, rather than intentionally trying to push the car.

A rev restriction cannot prevent engine over-revving in a manual automobile when the driver unintentionally downshifts. This is known as a “mechanical over-rev,” and although it may seem harmless at the time, it may do serious damage to the engine in the long run.

The sound is usually the first thing that people pick up on. Instantly, the automobile will start making a horrible noise as its engine revs to an uncomfortable level. Something really bad has happened, and this noise is a warning signal.

Jamming the clutch foot in is the greatest strategy to prevent over-revving while driving a manual gearbox automobile and realising you have under-shifted. In a manual transmission vehicle, disengaging the clutch disconnects the drivetrain from the wheels.

When you accidentally find yourself in second gear when you intended to be in fourth, the overrevving that results may be quite damaging to your engine.

Valve Train Damage Valve float is the result of this. What we call “valve float” happens when a valve can’t decide whether to be fully open or fully closed. The result will be an abrupt blackout. The only one of these issues that might be “silent” and create difficulties later is valve float, and you’ll know it’s there when the engine starts misfiring or loses power at faster speeds. Simply replacing the springs will eliminate the valve float and is a good preventative maintenance practise in general.

The most common reason for complete engine failure is the ejection of a connecting rod. The piston is attached to the crankshaft through a metal rod called a connecting rod, which resembles a wrench. However, the fact that it is essential to the vehicle’s functioning is not the reason why a breakdown of any kind would occur in the engine. The heart of every internal combustion engine is where the connecting rods are placed.

Pistons and cylinders are located above the connecting rod, while the crankshaft is located below. Your engine will be thrown out of sync and you will lose a lot of valuable parts if you chuck your connecting rod. A precisely timed sequence of movements that contain and use every bit of force from those thousands upon thousands of mini-explosions is the only reason your automobile doesn’t explode.

The whole procedure might be derailed in a split second if even a single step is missed.

This seems like the most reasonable outcome, given the many potential consequences of excessive revving. The clutch is the mechanical link between the engine and the drivetrain. When the vehicle’s RPM is much higher than the safe maximum output, this component will suffer the most immediate damage.

Friction is what makes the clutch engage, but too much of it may cause the plate and flywheel to overheat and induce stress.

In the case of over-revving, a lack of visible damage often indicates the absence of any damage at all. If your engine didn’t bomb or go into limp mode after you accidentally gave it more gas than it could handle, consider yourself fortunate.

There’s no rhyme or reason to who gets fortunate, but sometimes someone may mechanically overrev and their engine will miraculously escape with very little damage or no damage at all.

Even if it looks like you’ve avoided serious damage to your car from over-revving, you should still check the valves.

HOW TO KEEP FROM OVER-REVING

Avoiding over-revving is the greatest way to keep your engine in good condition. Some options exist for doing this.

As previously mentioned, the most common cause of mechanical over-rev occurs when the driver is moving from third to fourth gear but accidentally shifts into second.

When that occurs, you may engage the clutch in your automobile to cut off the engine’s power from the wheels. If you act soon enough, you may avoid major engine damage by keeping the wheels from transferring their entire weight to the engine.

Invest on a New Shift Knob

You may avoid changing down into a lower gear by maintaining your shift knob in excellent condition and replacement it when it becomes too worn. Having a firm grasp on your gear shifter can allow you to drive more safely. If you’re having trouble keeping your shifts organised, you may want to try using a short throw shifter.

Putting a rev restriction in an older vehicle is possible. The maximum RPM may be adjusted in this way, and although it won’t save you if you make a bad shift by mistake, it will be helpful in most situations.

Loss of power after an unintentional mechanical over-rev may be caused by a number of different problems, including valve float, which can be prevented by having the automobile checked out right after.

Because over-revving may have such devastating consequences, it’s important to learn about it ahead of time so you can maintain your cool and limit the damage. Despite their impressive strength and power, automobile engines depend on a complicated system of elements that, if they fail to work together, may inflict extensive damage in a matter of seconds. 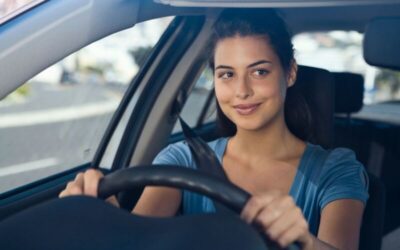 Here Are Tips to Make Your Engine Run Like New

Your car has been yours for the past ten years, and she has always performed admirably. But she's considered elderly by car standards. She should probably be traded in for a new automobile, but the cost is too high at the moment. Then, how can I make my engine run... 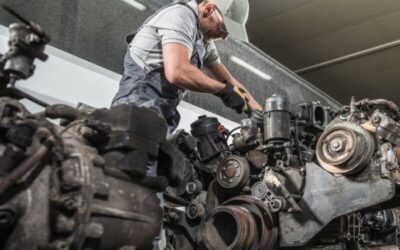 Are You Considering Buying or Rebuilding an Engine? Check Out These for You

Regular servicing and maintenance can prevent the majority of catastrophic engine breakdowns. Most of the time, internal components will fail due to an overheating problem or a damaged oil pump, rendering the car immobile and requiring an engine replacement or... 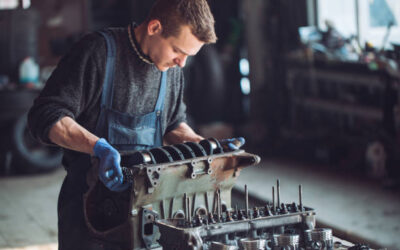 However, there are several other signs to look for that can show if a car is having any type of moderate to serious engine issues. Because engines are expensive to replace and vehicles are virtually useless without a good engine, it's crucial to maintain your engine... 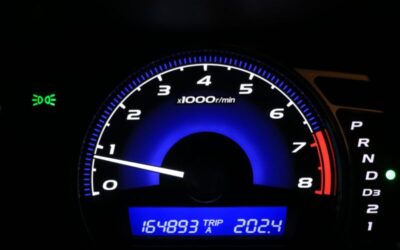 How to Calculate Mileage in an Engine

It takes more attention than routine preventative maintenance to oversee the complex aspects of fleet management. Engine hours vs. miles is one of the crucial distinctions that fleet managers must take into account. You may create a thorough replacement program for... 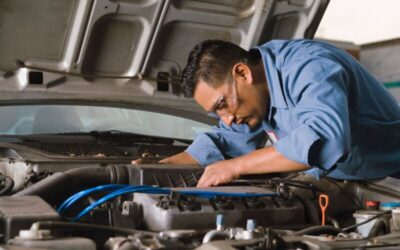 Rebuild or Replace Engine? Consider This 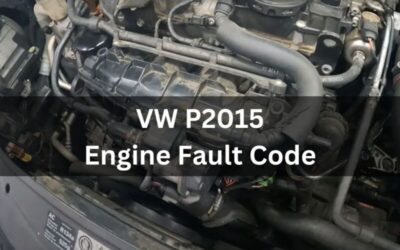 Failure of the intake manifold is indicated by the P2015 fault code for Volkswagens Your Volkswagen will display the message "Intake Manifold Runner Pos. Sen/Switch Circuit Bank X" if it receives a P2015 code. This message may also refer to anything else that is...