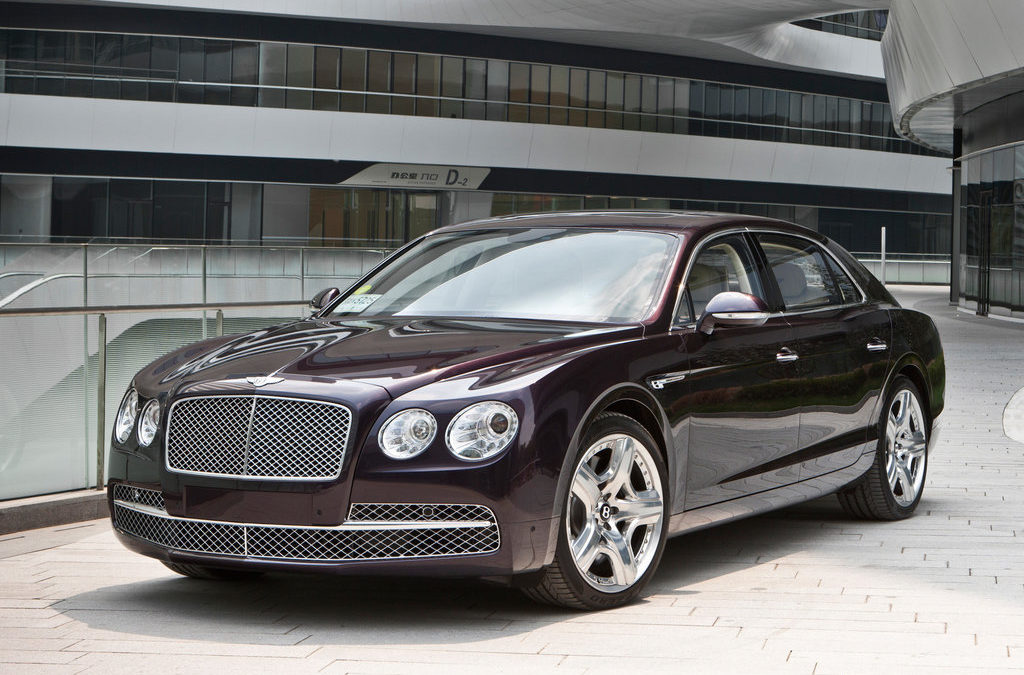 The Bentley Continental GT coupe and the luxury Volkswagen Phaeton sedan were assembled on a common platform with Bentley. Until 2006, the car was assembled at the Volkswagen facilities in Dresden, after which it was moved to Crewe, the hometown of the English concern.

Like all cars of the British company, a powerful engine was installed on the Continental Flying Spur. In this case, the choice fell on the V12 engine volume of 6.0 (552 hp) with a pair of turbochargers. The engine has a high fuel consumption: in the urban cycle it consumes 25.3 liters, and on the highway – 11.6. Fuel tank capacity – 90 liters.

It was produced by Bentley Continental Flying Spur only in all-wheel drive layout and Torsen self-locking differential. A six-speed automatic transmission from ZF was installed on the sedan. The car was installed sports air suspension (independent, multi-link). Bentley brakes – disc, ventilated, with electronic parking brake.

From the single-platform coupe Continental GT, the Bentley Continental Flying Spur sedan is distinguished by its large dimensions: length — 5290 mm, width — 1976, height — 1475. The wheelbase of the car is 3065 mm. For the transportation of goods provides a spacious trunk of 475 liters.

Basic equipment includes climate control, audio system with remote control, hands free system, trip computer, active head restraints. Upholstery and seats made of leather. Inside, there are decorative inserts of wood. The back row consists of two separate seats. For rear passengers, it is possible to adjust the climate control settings using the buttons on the armrest. All seats in the cabin are equipped with a massage function and the possibility of ventilation.

In 2006, the Mulliner Driving Specification version was introduced, which received a new navigation system. For the rear passengers, a new telephone system was added, and the choice of body color options increased.

In 2008, they presented the model Bentley Continental Flying Spur Speed, featuring a more powerful 600-horsepower engine. Due to this, the new sedan has become faster – acceleration to hundreds occurs in just 4.8 seconds. Maximum speed modification – 322 km / h. Among the differences are the increased brake discs and the new version of the stability control system (ESP) – Bosch 8.1. Was reworked exhaust system. Optionally available new infotainment system.

In 2013, the next generation was released, which received the shortened name of the Bentley Flying Spur. In this way, Bentley divided the two-door coupe and four-door sedan.