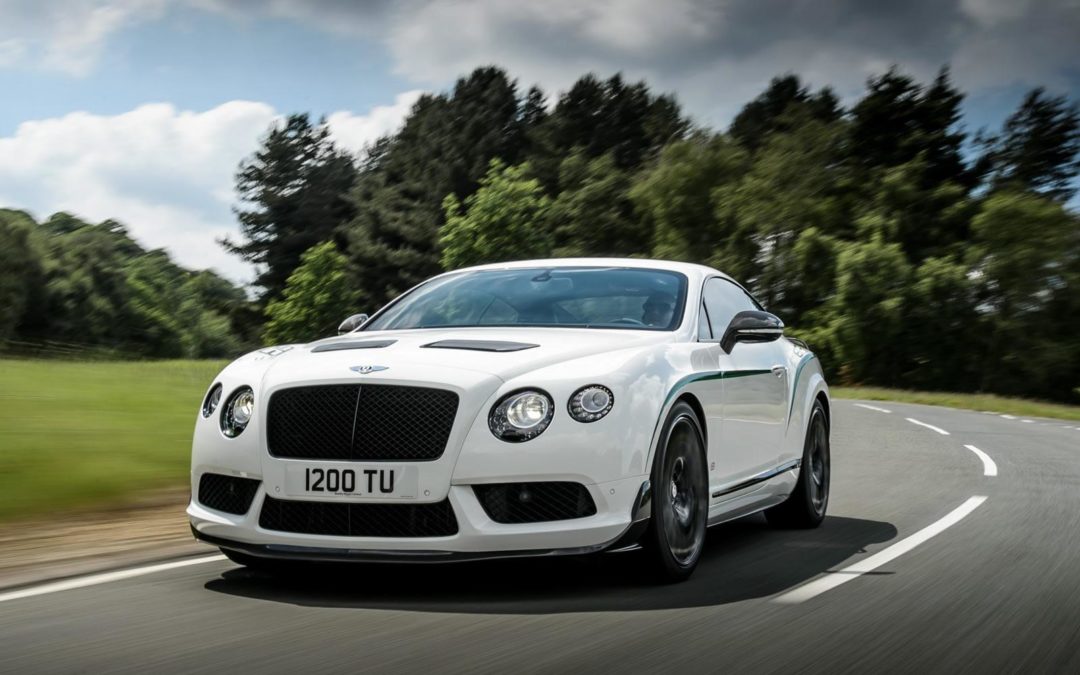 Company Bentley has officially unveiled the most powerful updating track coupe Continental the GT3, which was designated R.

A special version of the GT3-R will be released in an amount of 300 copies. Each of the exclusive cars will receive the body color in white Glacier White with individual elements of green, as well as decorative inserts “under the carbon.”

Under the hood of the car will be a 4.0-liter V8 engine with two turbochargers, developing 572 hp power and 700 Nm of torque (available at around 1700 rpm). The motor works in conjunction with the eight-speed “automatic” company ZF and all-wheel drive system with the function of torque distribution between the rear wheels.

The weight of the sports coupe fell by 100 kg compared with the base version of the Continental GT V8S, which weighs about 2,300 kg. Such results were achieved by dismantling the rear seat, as well as installing a titanium exhaust system and 21-inch alloy wheels with Pirelli tires.

Before the first “hundred”, the Continental GT3-R accelerates in 3.8 seconds – 0.7 seconds faster than the basic performance of the coupe. Due to the modified gear ratios, the maximum speed of the sports car was reduced from 309 km / h in the standard version to 273 km / h in the track GT3-R.

Eight-piston brakes with 420-mm discs at the front and 356-mm ones at the rear are responsible for timely stopping the coupe.