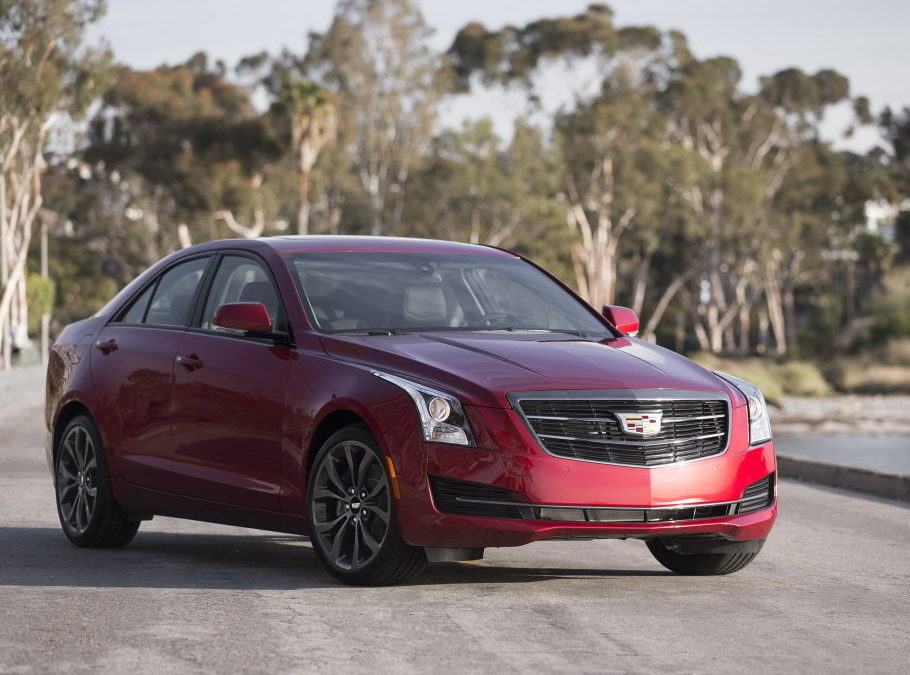 The Cadillac ATS is a five-seat luxury sedan manufactured by General Motors. The model was updated in 2014. It slightly affected the design – for example, the design of the front of the car changed (a new bumper with modified air intakes cut-outs, a new grille), in addition, the car received new body colors and interior decoration materials, and also significantly improved the equipment, in particular, received a new multimedia system Cadillac CUE with Apple CarPlay and Android Auto with the possibility of an Internet connection in the LTE standard and got a wireless charging system for mobile phones.,

The basic engine of the Cadillac ATS is a two-liter engine equipped with a turbocharger (TwinSpin rotor) and a phase change system VVT. It gives a maximum power of 226 hp. at 5300 r / min, torque 350 Nm at 2000-4000 r / min., and is equipped with a 6-speed mechanics or 6-speed “automatic”. In the Performance configuration and in combination with all-wheel drive, the ATS receives an engine with a power of 276 horsepower (at 5500 rpm), which gives out a maximum torque of 353 Nm (in the range of 1700-5500 rpm). With such characteristics, ATS can accelerate to 100 km / h in 6 seconds. The maximum speed is 240 km / h, and fuel consumption will be 6.5 liters per “hundred” in the country mode and 12 liters in the city mode. Other modifications  include options for equipping with an atmospheric 2.5-liter engine (202 hp). See: Cadillac engines for sale

Cadillac ATS meets the latest security requirements. Standard equipment includes: front driver and front passenger airbags, knee and side airbags, curtain airbags; stability control. The optional Integrated Safety package includes many additional functions: an automatic braking system when moving forward and backward, a warning system when an object appears in a blind zone; warning system for cars moving in the rear in the transverse direction; a projection display that displays the most important information on the windshield; adaptive cruise control. The “informed driver” package includes: a driver’s seat with a vibration warning, warning systems for a possible collision in front, tracking the strip; wipers with rain sensor.

Cadillac ATS is the first compact sports model of the brand, which is positioned as a worthy competitor to the BMW 3 Series and the Mercedes Benz C-Class. In 2012, ATS was selected as the “Car of the Year” by Esquire and Motor Press Guild magazines. In 2013, the Cadillac ATS was named the North American Car of the Year at the Detroit Auto Show in North America. However, this happened even before the ATS was restyled, after which it became even more luxurious and technological. In addition, ATS is now available in a spectacular coupe.