Check Engine Light – What Does It Mean? 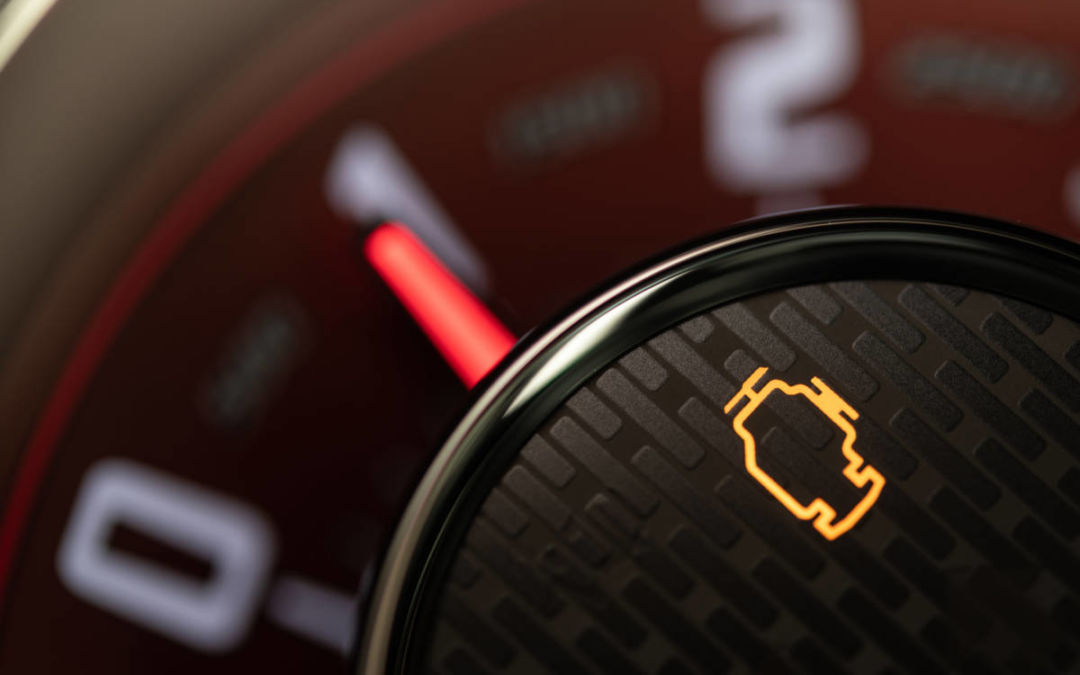 Having your car’s check engine light come on is a scary experience, especially if you don’t know what to do next. A defective gas cap may cause the warning light or signal a more severe problem, such as an engine that is misfiring. This means you’ll have to go to the dealership to get the problem fixed and have the warning light removed most of the time.

What could cause the check engine light to come on?

A protocol known as OBD-II, introduced in 1996 model-year vehicles and required that all automobiles offer a standard connection for accessing this information, prompted automakers to standardize their systems. An easy-to-reach link is typically found beneath the steering column. Before 1996, automakers used their own in-house engine diagnostic devices to ensure their vehicles met EPA pollution control standards.

Depending on the manufacturer, check engine lights are available in orange, yellow, or amber. It’s an indication of something more dangerous if the light starts flashing, such as a misfire, which may cause the catalytic converter to overheat rapidly. To reduce emissions, these emissions devices work at high temperatures. However, they may be a fire risk if they fail. 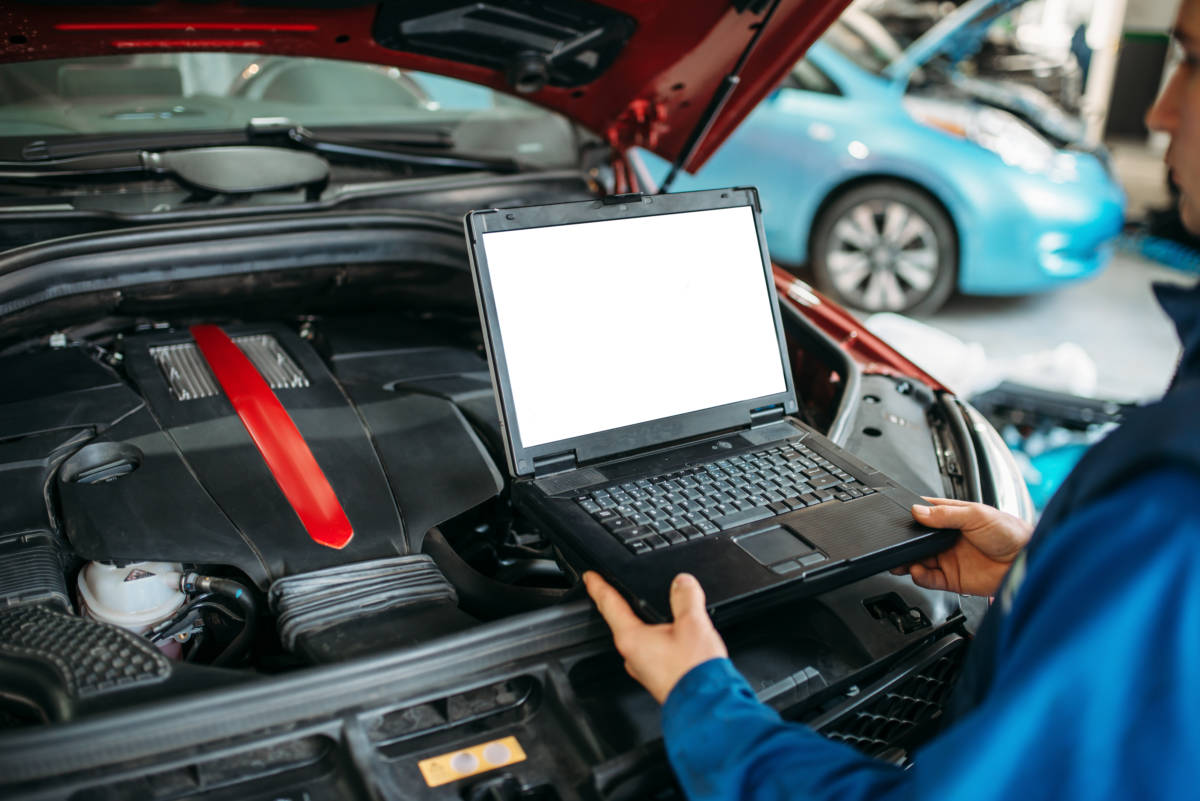 If your Check Engine light is on, you may use a low-cost code reader to figure out what’s wrong.

Making Sense of the Message

The service or maintenance needed light in the instrument cluster may be mistaken by some drivers for the check engine light. There isn’t any connection between these two kinds of alarms. The service indicates the oil replacement or other regular maintenance needed light. Unlike the check engine light, it does not signal danger.

For approximately $75, a technician may do an introductory troubleshooting session to determine the source of the issue. However, it’s possible to get a glimpse of what the problem may be. Do-it- Code readers that link to an onboard diagnostics port may be purchased at an auto parts shop or online for as little as $20. Then, you can look up the meaning of the code on websites like Engine Light Help. Modern systems allow you to see the code on your smartphone via an app.

Some common causes of a check engine light coming on

Let’s take a look at some of the most frequent reasons why your check engine light may be on.

1. There are issues with the engine.

2. Problems with the transmission

The gearbox of your vehicle controls engine power and sends it to the wheels. Tailpipe emissions may be affected by transmission issues as well as other system malfunctions. The check engine light will come on when the control module senses.

3. Problems with the emissions equipment

Modern cars are equipped with a slew of pollution control technology. The catalytic converter, exhaust gas recirculation system, evaporative emissions system, to name a few. For this reason, every part of the system has been engineered to reduce emissions as much as possible.

Due to the sheer number of components and systems, we will not detail each one. Please bear in mind that a malfunction in the emissions equipment may set up the check engine light.

Powertrains of today are monitored and controlled by a wide variety of sensors and modules. In addition, an extensive data network connects all of the units. There are a variety of reasons why the check engine light comes on.

5. Problems with the supply of air and fuel

To function correctly, your car’s engine needs the correct quantity of air and gasoline. The control module will probably detect if there is too much or too little of either. The check engine light then comes on as a result of the device’s actions.

6. Problems with the ignition system

Coils, plugs, and other components used to ignite the engine’s air/fuel combination are part of the ignition system. As you may have guessed, the control module keeps tabs on how well the ignition system is working. If it senses an issue, the check engine light will come on.

You Could turn the Check Engine Light On Due to a Variety of Factors.

CarMD, a telematics business for automobiles, released in 2018 a list of the ten most frequent check engine codes and their projected repair costs: CarMD

Steve Mazor, the Auto Club of Southern California’s chief automotive engineer, says the check engine light will come on sometimes, even if nothing is wrong with the vehicle. If the issue persists, it’s possible that humidity levels have shifted or something else has caused it. The light should automatically turn off after a short period if this occurs.

Mazor claims that seeing the check engine light may cause panic in specific individuals. He said that they covered the dashboard light with black tape and continued driving. On the other hand, Mazor believes that You should address issues highlighted by the morning as soon as possible. Ignoring them now may lead to more severe and expensive problems in the future.

Mazor recommends drivers check the fuel cap if the check engine light appears. Loose fuel caps cause a computer error by indicating a leak in the car’s emissions system, including the vapor recovery system. Continue driving if the gasoline cap is sloppy; otherwise, tighten it and check for leaks. Even yet, he predicts that the light will remain on for some time after he leaves.

When the check engine light stays on instead of blinking, what should you do? The most apparent solution is to have a technician have a look at the engine. However, many individuals choose to ignore the problem, possibly out of concern for an exorbitant repair cost. Some motorists who own older cars want to get as many miles out of them as possible before taking them to a mechanic. However, they must first turn off the light on their car to pass the state’s vehicle inspection. A state inspection also serves as an effective incentive for resolving the issue.

Furthermore, the system is mainly intended to track and monitor an automobile’s emissions system throughout its lifespan. The integrity of the pollution control system, on the other hand, is a strong indicator of how well-tuned the car’s engine is, as he points out.

If you’re not mechanically inclined, Mazor believes even a low-cost check engine code reader may be helpful for you.

At least if the technician gives you the very same information, you know they are moving in the correct direction,’ he says. An auto code reader may help vehicle owners communicate with their technicians and prevent expensive or unneeded repairs.

Will check engine light reset itself?

If the check engine light is on, it means that there’s a problem with your car. The check engine light will turn off by itself after a while if you let your car sit for a few hours or drive it. But if the light stays on, then the computer has detected a persistent problem that needs attention. If this is the case, most manufacturers recommend that you visit a service center and have it fixed as soon as possible.

How many miles do you have to drive to clear a check engine light?

Most car manufacturers require that you visit their service centers as soon as possible if your check engine light is on.

Can low oil cause a check engine light to go on?

Consulting a service center or car manual can help you determine what’s causing your check engine light to be on.

How can I reset my check engine light myself?

Although your check engine light could be an alarming sight, it’s important to remember that the system is designed to catch problems before they become obstacles. Most of these issues are not severe enough to cause immediate danger. Therefore, take time out of your schedule to have a mechanic address any problem associated with the check engine light as soon as possible.