How To Change The Catalytic Converter 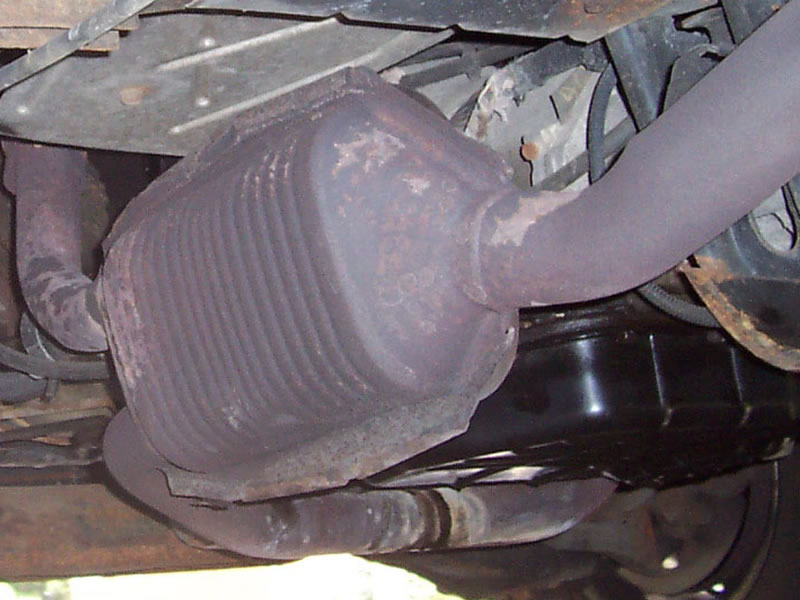 For 30 years, the use of catalysts in cars has been mandatory to reduce emissions and make harmful gases harmless. It normally lasts the entire life of a car, but defects can always occur. If you drive with a faulty catalytic converter, you commit a punishable act and pollute the environment. But this doesn’t have to be. We will show you how you can save your catalyst or fit a new one if necessary.

The role of the catalyst

The catalyst is designed to make environmentally harmful exhaust gas components safe or, at the very least, less polluting. The chemical process that takes care of this is very complex for which a large number of expensive and rare materials are required (platinum, palladium, rhodium). There are several types of catalysts, the”unregulated”, among them, they are only allowed in historic cars.

EODB Catalysts – EODB catalysts are replacement parts for old Euro-3 or Euro-4 catalysts. They have their own diagnostic system or use the vehicle’s if you have one. Its name is”European On-Board Diagnostics”, EODB for its acronym in English, since it is constantly monitored and regulated by sensors, however, this applies to all modern catalysts.
Oxidation Catalysts – Used in diesel vehicles, they work with the excess air in there to convert carbon monoxide to carbon dioxide and nitric oxide to carbon dioxide and water.
triple path catalystTriple-Way Catalysts – Used in vehicles with gasoline engines and combine three chemical processes in a single component. Hydrocarbon converts to carbon dioxide and water, carbon monoxide to carbon dioxide, and nitric oxide to nitrogen and oxygen.
Close-Coupled Catalysts – This type of catalyst is fairly new and its use is still rare. In this model, the exhaust manifold and the catalyst form a unit. However, this also means that it is not in its usual position in the exhaust system. Its replacement must be carried out in a professional workshop.

A faulty catalyst can cause a host of symptoms. First the engine power worsens. You can no longer accelerate properly and the maximum speed decreases. This does not occur suddenly but is a slow process, therefore, only few drivers perceive it. Another symptom is also difficult to recognize: the increase in gas emissions. The thing is clear when misfires occur. If you wait to hear cracking sounds or even for the check engine light to come on, it’s usually too late for the catalyst. A simple test will indicate if it can still be saved.

Raise the vehicle with a jack or by means of a lifting platform. Locate the catalyst (it shouldn’t be difficult) and hit it. If you hear a metallic sound or creaking sound, the fine shims inside are already broken and need to be replaced. If you don’t hear anything, you can clean the catalyst. With a broken catalytic converter, the car should not be used for too long as it poses a considerable risk to the environment and because the engine goes into”emergency mode”after some time. Removing the damaged catalytic converter and driving without it is also not a good idea since it is a tax fraud offense because the vehicle no longer meets the requirements of the EURO regulations. By the way, with a broken catalyst the exhaust gas inspection of the ITV does not pass and DEKRA since the required gas emissions are not achieved.

Clean catalyst easily on the highway

There are additives that promise a complete cleaning of the catalyst. Most oxygen-enriched oils are not harmful to the environment, yet their use is controversial or even dubious to say the least. For diesel vehicles, there are also special cleaners for the soot particle filter, which is also found in the exhaust system together with the catalytic converter. Its use is only in exceptional cases a success.

However, there is an alternative that takes little time and uses little gasoline and helps in many cases to burn all the residues that are in the catalyst. It reaches temperatures of hundreds of degrees if you push too hard. Drive at least 20 kilometers on the highway, better twice, with a medium or high number of revolutions ( approx. 4000 RPM ). Maintain a high speed as constant as possible. The effect is usually felt immediately. Misfires disappear and power returns. This procedure can be repeated regularly in case the vehicle is used mainly in urban traffic.

Note: Catalysts can be bolted or welded. The latter is less frequent. It is not impossible to change welded catalysts at home as long as you have the necessary tools. However, it is a fairly advanced repair, therefore, if you consider doing it at home, you will already have the necessary knowledge and will not require instructions.

The following utensils are needed:

Preparation: Place the vehicle on a lift platform. Take a look at the exhaust system and the position of the catalyst. Note the mounting direction and locate the sensor wires leading to the catalyst. Memorize everything or make a draft. Take the new catalyst out of its packaging and look at the accessories. Between them there should be O-rings that have to be installed before mounting. Lubricate the seals with grease or petroleum jelly ( in an emergency you can also use a drop of lubricating oil ) and place them in their respective housings so that they do not fall off.

Step 1: Remove all the pins leading to the catalyst, including the lambda probe. However, most modern catalysts have several sensors that measure temperature and gas emissions.
clean home catalyst
Step 2: Loosen ( do not unscrew! ) All the screws with which the catalyst is attached to the exhaust system or the bodywork. If they are rusted and can no longer be rotated, use rust converter or penetrating oil. An acting time of five minutes should suffice. As tools, you will need a wrench, a hex driver, or in some cases even both.
Step 3: Now you can take out the screws. To do this, keep the old catalyst in position so that shear forces appear. If the old screws are still good, you can keep using them. Otherwise you will need new ones.
Step 4: Wipe off dirt from all surfaces as well as tube housings. Where the screws are there should be shiny metal. If in doubt, use a wire brush to remove stubborn dirt. At the connection points for the tubes, this is not so important.
how the cat is disassembled
Step 5: Rotate the new catalyst so that the mounting direction arrow points towards the exhaust pipe. THIS IS VERY IMPORTANT! If you are in doubt or there is no arrow, please refer to the assembly instructions or the draft you made earlier.
Step 6: Connect the catalyst with the pre-assembled O-rings with the tubes, tighten all the screws slightly and continue tightening them more and more one by one until all are completely fixed. This avoids stresses that could damage the catalyst.
broken catalyst cause
Step 7: Place the sensors and lambda probe probes back into the holes and corresponding connection points.
Step 8: Lower the vehicle, get into it and start the engine. Pay attention to possible unusual noises, accelerate briefly and observe the instruments. If everything works normally, the change has been a success.

Note: The old catalyst contains a large amount of precious metals and must under no circumstances be disposed of in household waste. Many recycling companies buy old catalysts for good money. They are also accepted by local recycling plants, but generally for maximum residual value.

Changing the catalytic converter is not very complicated and even an inexperienced hobbyist mechanic is generally capable of this job. However, failures can always occur that cannot always be avoided, especially in modern vehicles. The most common failures and possible solutions are:

The on-board computer indicates a fault: After changing the catalytic converter, it is possible that the lambda probe and the on-board computer are confused because the values ​​once established are no longer correct. Generally this is not a problem and should be solved only after a few kilometers when the probes have adapted to the new situation. If the engine indicator light comes on, it may be something more serious, for example, a sensor is no longer receiving any data. In this case you should check the sensor connections. If this does not help either, all that remains is to go to a workshop with a reading device for the on-board diagnostic system.
Puddles of water under the car: Especially in the colder months, condensed water can occasionally be found in the exhaust pipe. If a large puddle forms that seems to be coming from the catalyst rather, the bolted connection behind the catalyst may not have been properly secured and water is coming out. Tighten the screws a little more and take the opportunity to check the others as well. Then this problem should be solved.
Engine power deteriorates: This fault is also due to the fact that the probes do not receive reliable values ​​and should only be solved on the first trip. If this does not happen, it is possible that one of the probes has not supported the change or that the on-board computer has to be completely reset. In this case, go to a workshop as soon as possible.