How To Flush Coolant In Car 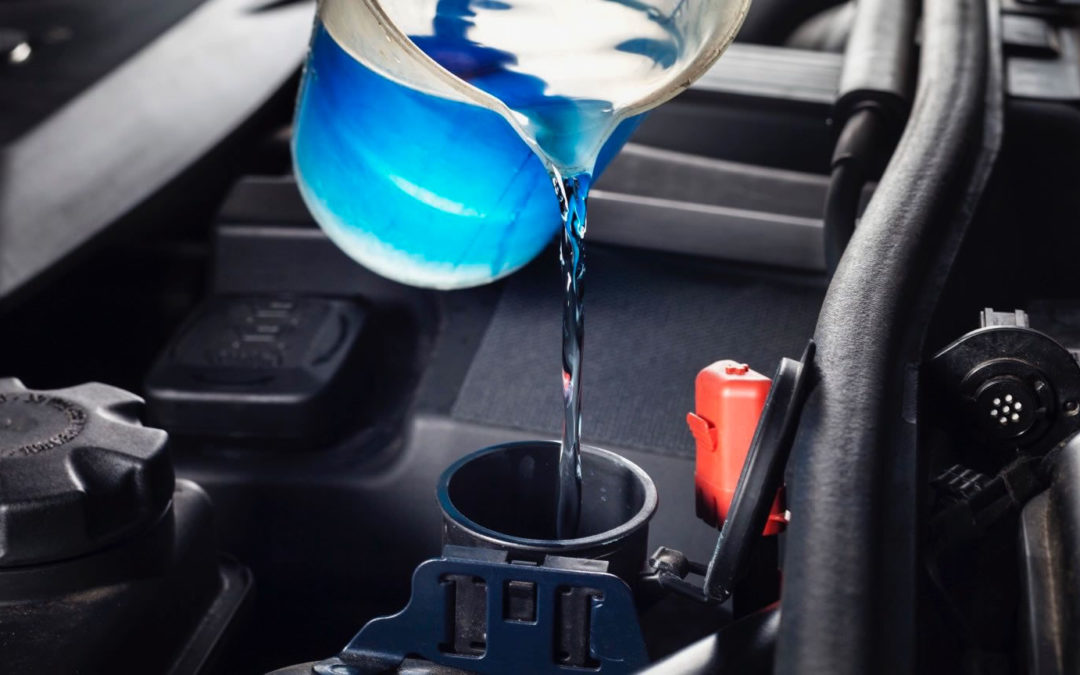 Issues addressed in the material:

Car enthusiasts rarely replace coolants; many vehicle owners do not consider it necessary. Antifreeze has its own service life, at the end of which it cannot fully perform its functions. This leads to the fact that the engine overheats and may fail. To prevent this situation, regular coolant replacement is performed. How to do this correctly is described in this article.

Contents hide
1 Is Coolant Flush Necessary?
2 When should coolant be changed?
3 How to flush the cooling system before replacing antifreeze

You can cool the engine with antifreeze. Some argue that coolant and antifreeze are actually not the same thing. But the essence of these substances is one. Antifreeze has some differences: it has qualities that prevent corrosion; the temperature regime at which the antifreeze does not freeze, it has a different; also this solution has a different color.

There is no dependence on mileage in antifreeze. The traffic intensity and the operating conditions of the engine matter. It is advisable to replace the coolant every two to three years so that corrosion does not form. The frequency is determined by the manufacturer.

For example, Ford – after ten years (240 thousand km), Mercedes-Benz – after 5 years, Renault and Mazda provide a lifetime guarantee of uninterrupted operation of the coolant. Daimler is advised to change it every 15 years, BMW and Mitsubishi – every 4 years. GM and Volkswagen believe that during the operation of the vehicle, the engine will not need to replace the coolant at all. 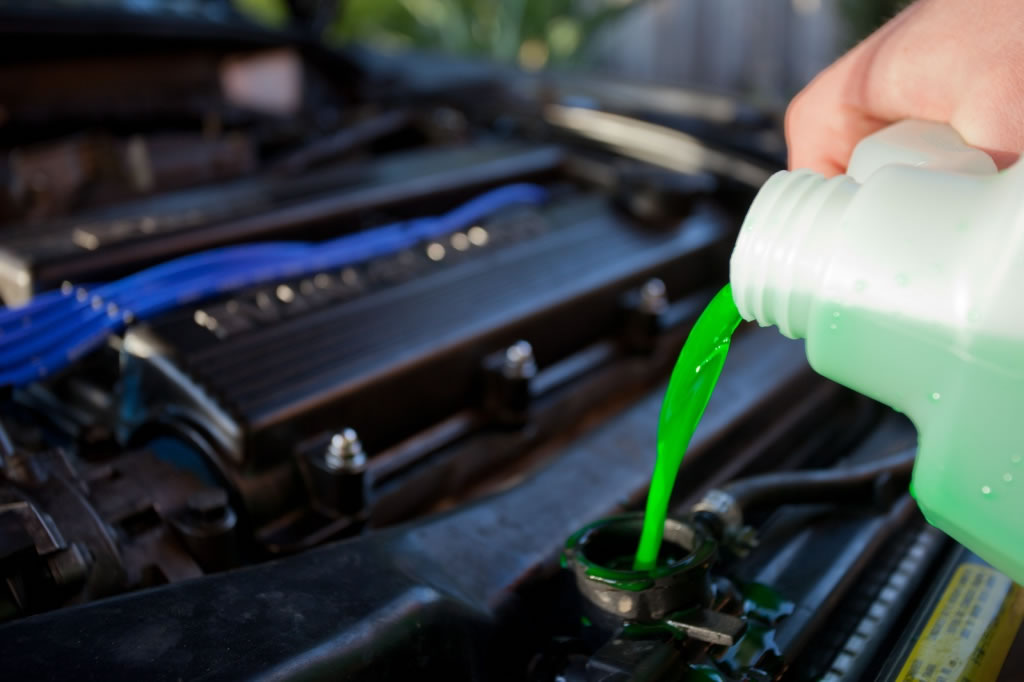 In some cases, you can not change the antifreeze for a long time? Recently, modern materials have appeared, the improved composition of which makes it possible to replace the coolant after 200 thousand kilometers. The new formula provides for the addition of special components that reduce corrosion. If you use modern antifreeze, do not worry. Corrosion occurs when the amount of substances that prevent metal oxidation in the coolant decreases. If the engine consists of aluminum elements, the risk is especially great.

You can understand that it is necessary to replace the coolant by its shade. Liquid of a dark shade needs urgent replacement.

Often motorists do not dare to mix different types of antifreeze, for fear that this should not be done. This is not so, sometimes similar is permissible. But some varieties are undesirable to interfere, since the composition may contain different additives, which are undesirable to combine. As a rule, a certain brand of coolant is produced in the same color, even from different manufacturers (but there are exceptions). Typically, antifreezes have labels: G11, G12 and G12 +. The list of allowed and invalid mixture options:

Typically, antifreeze, which is marketed, is concentrated, the solution has a thick consistency. Usually, car owners dilute water with coolant before replacing it; the correct ratio is indicated on the antifreeze package. When diluting a solution for cooling with water (in a ratio of one to three), a composition is obtained that can withstand temperatures up to minus 37 degrees.

The temperature operating mode of the coolant depends on the amount of water in its composition. The larger it is, the lower the temperature that the solution will withstand, and the slower the engine will cool. There are a lot of manufacturers of antifreeze today, you can choose any product based on your preferences and financial capabilities.

When should coolant be changed?

To test the suitability of antifreeze, use a test strip. You can buy it in the department where coolants are sold. It is inexpensive. The test is immersed in antifreeze, and then removed. The kit has a color scale with which the shade of the strip is compared. Thus, it can be determined whether it is time to replace the coolant or while it is possible to drive with the old antifreeze.

It is possible to visually check the condition of the antifreeze. If the coolant has lost transparency or has become whitish, its quality leaves much to be desired. Reddish and reddish shades indicate that you should not delay with replacing the coolant. The appearance in the solution of sediment, foam, solids or flakes suggests that it is urgent to change the antifreeze. In recent situations, it is necessary to check the cooling system itself in the service, it is not enough just to change the antifreeze. 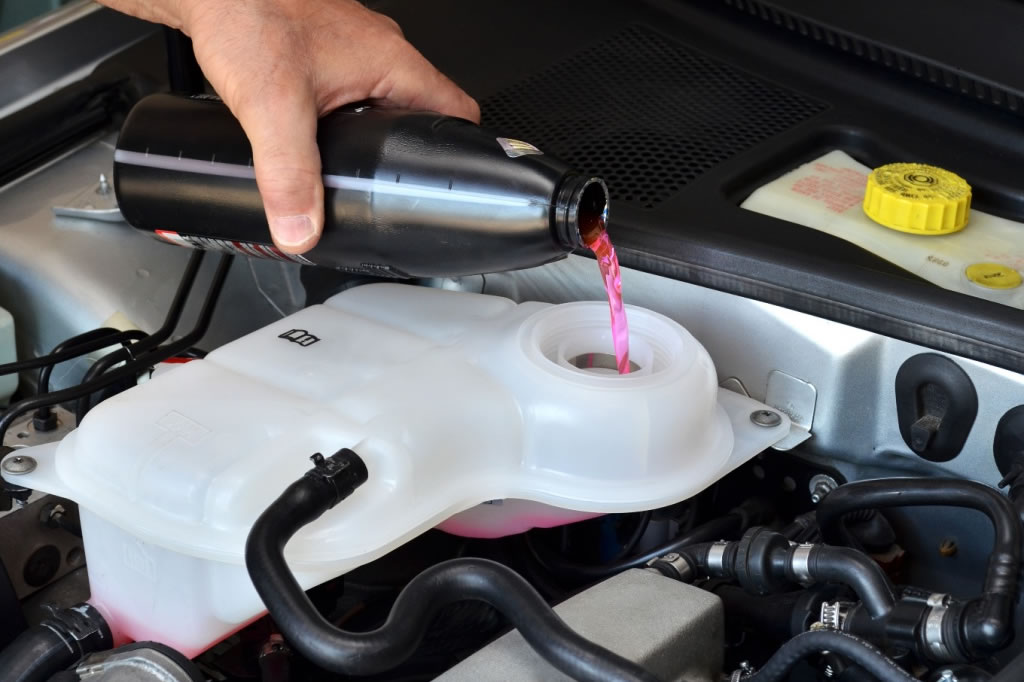 A logical question arises: is it necessary to flush the cooling system? This should be done when replacing the coolant, if the drained antifreeze is very dirty or you do not know what was poured into the radiator before. When the previous solution is clean and exactly the same composition is filled, you can not rinse the system.

How to flush the cooling system before replacing antifreeze

Why do I need to clean the system in the process of replacing the coolant:

About twenty or thirty years ago, the washing of the cooling system was carried out using folk methods. For example, the radiator was filled with a solution of citric acid or vinegar. Today there are special tools, the use of which will bring greater effect, the device for cooling the engine will be completely cleaned.

Tools for flushing the system before replacing the coolant are divided into 4 types:

In the composition of the sediment that accumulates in the cooling system, two types of substances can be distinguished: those formed during the decomposition of antifreeze (destroyed by alkali); rust and scale (dissolves with acids).

It is impossible to develop a flushing fluid that would consist of both alkalis and acids at the same time. The mutual neutralizing effect of alkali and acid is known. Therefore, the cleaning solutions that are on sale today have one thing in their composition: either alkali or acid. That is, these funds can remove only one type of precipitation.

There are flushing liquids consisting of two components. The action takes place in order: in the process of replacing the coolant, the system is first cleaned of one type of pollution, then the second. Such cleaning solutions are more effective, but you will have to spend more time. And the price of such funds is rather big.

Recently created a new type of liquid for cleaning the cooling system. Its principle of operation is the action of catalysts. There is no acid or alkali in this composition, the pH of the product is neutral. The use of such liquids is called soft flushing of the cooling system. There are concentrated preparations and additives for antifreeze with a neutral composition.

How to use such means to replace the coolant? The solution fills the expansion tank of the system, after which the device operates in normal mode. After the car travels one or two thousand kilometers, all sediment and dirt will be destroyed. The entire cooling system will be completely cleaned, even small tubes at the radiator will be washed off. 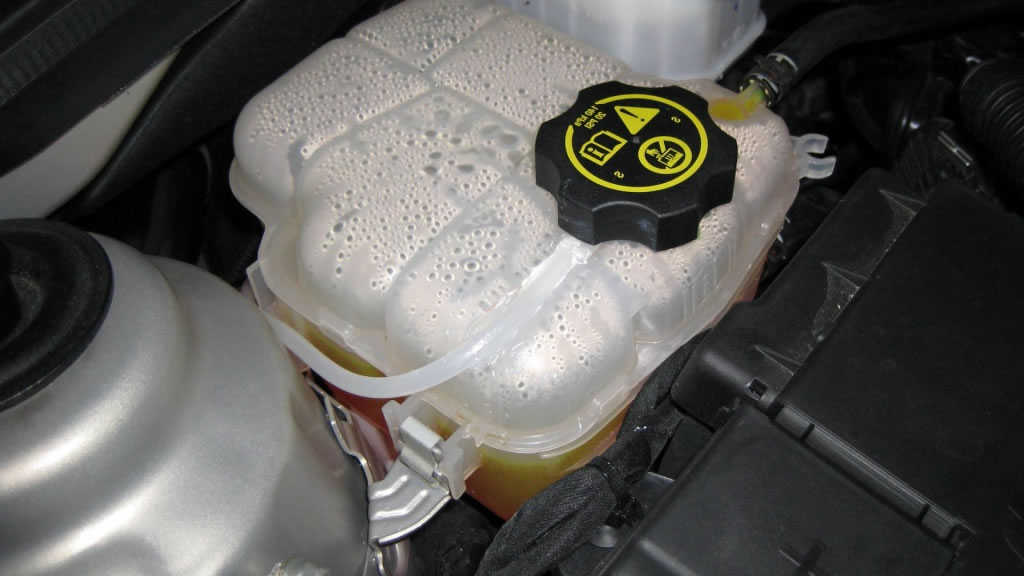 With this gentle method, special preparation of mixtures or boiling of water will not be required. Neutral cleaning products are sold in any store, their composition complies with generally accepted standards and norms. Such a tool will clean the system as gently as possible, the damage to the engine will be minimal.

If you do not have the finances, but want to flush the cooling system to replace the coolant, you can use home remedies.

What did our fathers or grandfathers do before? The system was washed with water, acidified in some folk way.

This method was used when the car owner, when draining antifreeze, noticed rust or scale in the solution. Do not leave such contaminants in the radiator, any hose or connection may become clogged. As a result, the entire system may fail, which will result in overheating of the engine. The consequences will be sad.

Plain distilled water will not help here. To clean the cooling system with the subsequent replacement of the coolant, prepare a solution of water with any of these components (in a weak concentration):

What is the minus of this method? If there is too much acid in the solution, some parts of the cooling system (plastic or rubber) may become unusable. It is recommended to use acid carefully.

How to properly flush the device before replacing the coolant:

A full radiator cleaning cycle takes at least 5–7 hours, then the solution is removed. The remnants of the cleaning agent are removed by flushing the device with water (distilled).

Since solutions containing citric acid or caustic soda are caustic, it is recommended to use them in extreme cases.

To summarize the above. How to replace antifreeze? Key points.