Low Compression Symptoms in Engine Cylinders and How To Check 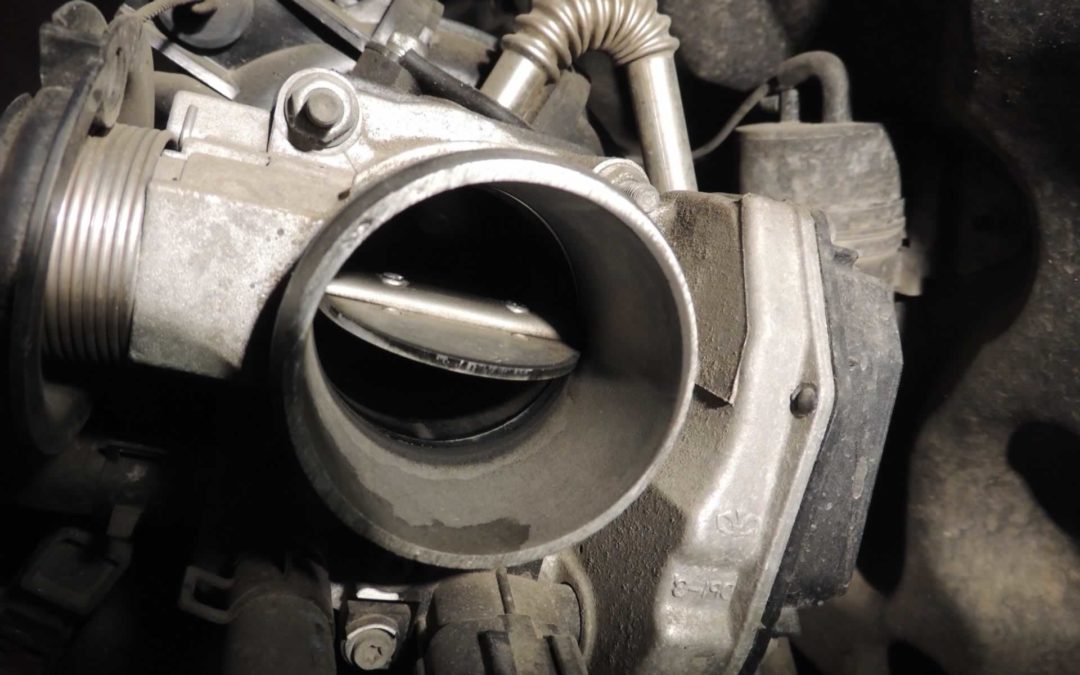 If you have a car, then you must have heard more than once about the term “engine compression check”. The fall of this compression itself is fraught with a decrease in power and an increase in fuel consumption. And such an engine is often much more difficult to start. In this article, in simple words, we explain the concept of “compression”, and talk about the reasons for its decline and the consequences for the engine. Also find out how often you need to check engine compression.

Compression of engine cylinders is a key indicator of the quality of a motor unit. These words mean the maximum air pressure that is created in the combustion chamber at the moment when the piston is at the highest point of the compression stroke. Multiple units of measure for this parameter have been accepted. The most common is kg / cm2 (the number of kilograms per unit area per square centimeter). It also happens that compression is designated in atmospheres.

Almost every day we see how an undetected and uncorrected problem leads to an expensive repair, and even to neglected cases, to accidents (God forbid, of course!).
We believe that it is CRITICALY IMPORTANT for everyone to know about the 3 most common problems that motorists face most often (below you can download a document that details all the possible problems): 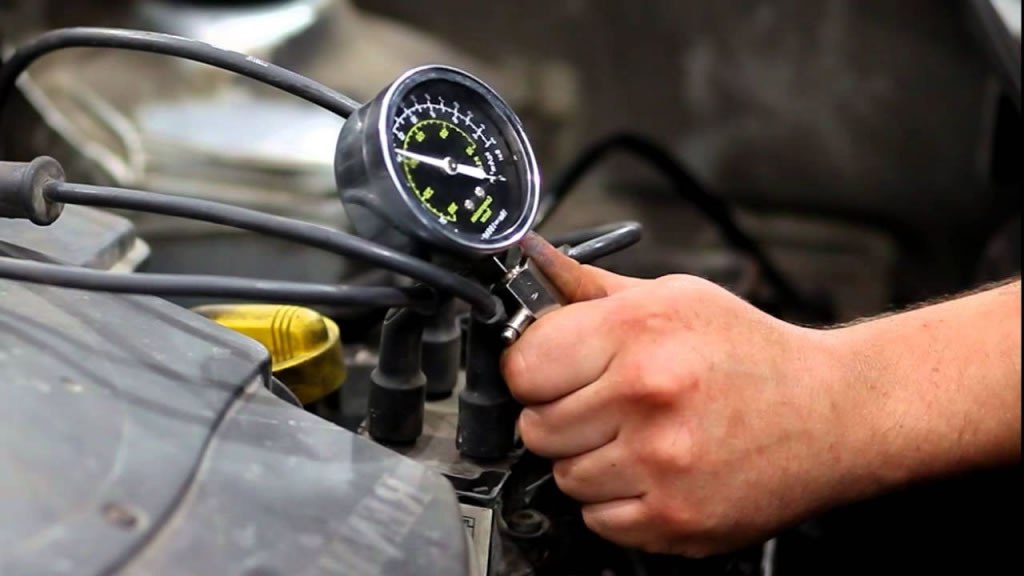 As for gasoline engines, at present a value of 10–13 atmospheres is a generally accepted normal value. This is true for both imported and domestic cars. On some cars, for example, a VAZ of the tenth series, the compression in the cylinders is 11 atmospheres and above.

Causes and effects of low compression in cylinders

The main reason for compression liquefaction is friction. Of course, this is opposed to the protective film formed by the oil on the walls of the cylinder and piston. However, despite this protection, gradual wear and tear still occurs. Layer by layer, the cylinder self-develops. As a result, leaks are formed between the piston rings and the cylinder. At the time of compression through these leaks, the fuel mixture leaks into the crankcase. Efficiency of the engine is reduced due to the fact that not all fuel is converted into useful energy.

However, there are other reasons for the drop in compression. For instance:

What are the consequences of a drop in compression? This directly affects the operation of the machine unit: 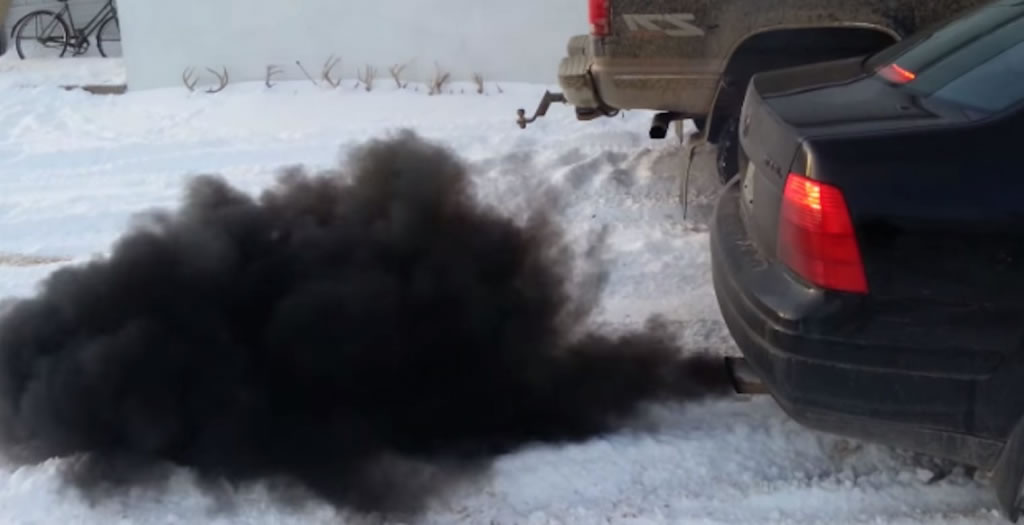 It can be concluded that engine compression can be significantly reduced for a number of reasons. What can an ordinary car owner do without the skills of an auto mechanic? Having noticed at least one of the above signs, you need to go to the diagnostic station as soon as possible to check the compression in the engine cylinders. The price of the service may seem high, but do not regret the possible costs. Operation of such an engine without repair can lead to much greater problems in the future.

There are only two tools for checking this important parameter of the motor:

Undoubtedly, these two methods are incomparable in the accuracy of the obtained values. No professional will not check compression by hand. However, you can use this method in a situation when there is no station or device nearby. After all, even the approximate value of compression will help assess the condition of the engine.

Despite the simplicity of manual compression measurement, it is still required to develop a small skill in this matter and have certain knowledge. In view of the above, the procedure is even for beginners.

Have low compression in one cylinder?

The procedure for checking compression in the engine cylinders is as follows:

The purpose of these measures is to determine by means of an exception which cylinder is lower in compression than in others. This will be clearly visible if the crankshaft scrolls easier when checking this cylinder than in other cases.

The method does not claim to be absolutely accurate. However, even with such a simple method, one can quite clearly determine which cylinder needs repair. Specific pressure values ​​can only be obtained using the intended for this device – a pressure gauge for checking compression.

How to check engine compression without a gauge.

Diagnostic stations ask for a lot of money for their services. However, an experienced car owner is able to independently diagnose his engine for compression in the cylinders. To do this, you need a special device – a compressometer that looks like a pressure gauge.

A very useful part of this device is a threaded fitting, with which a manometer is screwed in instead of a candle.

There is an alternative way to check compression in gasoline units. To do this, do the following: 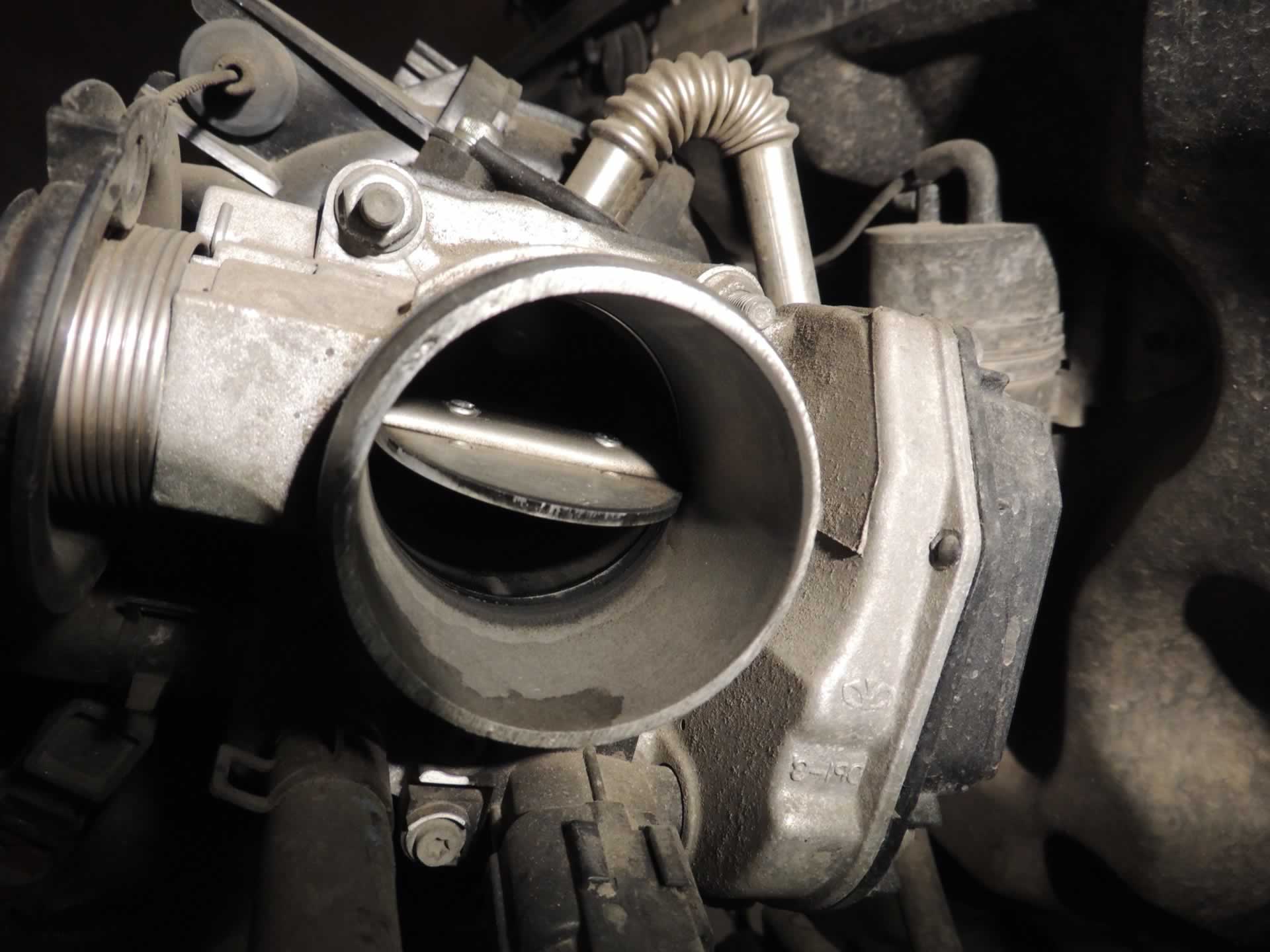 The most serious problem with a lack of compression are burnt pistons. It also happens that pieces of rings or crumpled valves get stuck in the pistons. A working carburetor can also indicate a malfunction in the cylinder. Thus, periodic air emissions from it indicate an incomplete fit of the check valve. If there is a crack in the cylinder head, then it will release air through the radiator.

Checking the compression in the cylinders of a diesel engine is characterized by a number of nuances. So, the device for such a procedure should have an extended measurement range. In diesel engines, there is usually no throttle, therefore, an assistant for pressing gas is not required. If there is such a damper, thoroughly clean it from debris and other contaminants before taking measurements.

A diesel engine is usually more complex than a gasoline engine. And for each model, there is a normal compression value. Therefore, it would be advisable to contact the service, whatever the price of checking engine compression.

The compressor is installed instead of the spark plug and the engine starts with a starter, while the air damper is always open. After two or three revolutions of the crankshaft, the ignition is turned off and the readings of the compressor are recorded. Then go to the next cylinder.

Based on the obtained verification values, a conclusion is made about the condition of the engine cylinders. If the measurements are within acceptable limits, there is nothing to worry about, the motor is working. Slightly underestimated readings can be corrected with an additive suitable specifically for this engine. If the compression drop is significant, then repair of the power unit cannot be dispensed with.

Is the engine compression test “cold” or “hot”?

Many drivers ask if compression testing on a cold engine is possible. If the engine starts hard, then this procedure is not only allowed, but also recommended. In this case, the compression test is performed at an engine temperature equal to the ambient temperature.

Problems with starting the engine may indicate a strong wear of the piston group parts. The pressure in the cylinders of a gasoline engine can then drop to 6-7 atmospheres (half the nominal value). When heated, the compression increases by several atmospheres. Checking “hot” and “cold” will clarify these nuances and accurately establish the cause of the malfunction.

Diesel engines are even more cranky about CPG wear than gasoline engines. So, an engine with compression “on cold” below 17-18 atmospheres cannot be started anymore. Diesel engines have another nuance – the amount of oil in the cylinders directly affects the pressure. Therefore, before measuring the compression, it is recommended to let the engine stand so that the oil glass in the crankcase. Compression values ​​below 24 directly indicate the need for a major overhaul of the power plant.