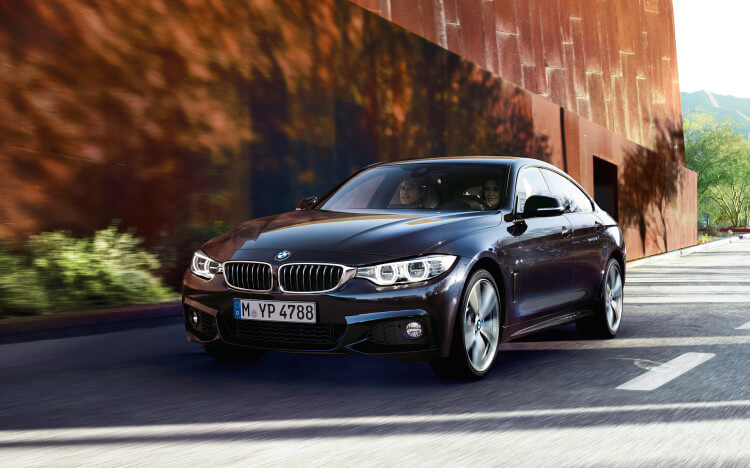 The BMW 4 Gran Coupe saw the light at the 2014 International Spring Geneva Motor Show. In fact, the model is an absolute novelty and a more elegant as well as practical version of the fourth series. The model has a corporate design in the currently relevant style. Frowning headlights with four lenses and Angel Eyes of LED daytime running lights catch the eye. The radiator grill consists of two small elongated nostrils. They are covered by many small horizontally oriented ribs with a 3D effect and flaunt a chrome trim over the contour. Under it, on the front bumper, you can see a narrow elongated air intake, on the sides of which there are special niches with plastic inserts. They give the front end a rather aggressive look and serve as a haven for round fog lamp blocks. In general, the car received a design in the best traditions of the German manufacturer. He looks dynamic, aggressive and very stylish. 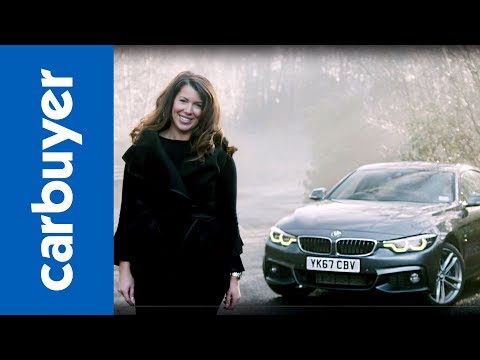 BMW 4 Gran Coupe is a premium class D liftback. Its overall dimensions are: length 4638 mm, width 1825 mm, height 1389 mm, and the wheelbase – 2810 mm. The four clearance is 145 millimeters. Such ground clearance is typical for cars whose paths are asphalt streets and suburban highways. They hold the road perfectly, easily pass steep bends and do not lose stability even at high speeds.

Thanks to the liftback body, the trunk of the fourth series boasts not only a good opening, but also excellent roominess. With the backs of the second row of seats raised, up to 480 liters of free space remain behind. With such a volume, the car is perfect for everyday tasks of the city motorist, as well as for long trips with his family. If, at the whim of fate, the owner will have to take the overall luggage on board, he will always be able to sacrifice seats in the cabin and fold the back row. In this position, up to 1300 liters are released.

In the domestic market, the Gran Coupe will have at its disposal four engines, automatic transmissions, as well as rear-wheel or four-wheel drive. Thanks to the wide range of units presented, the car becomes relatively versatile and meets most of the requests of a sophisticated motorist.

The basic versions of the BMW 4 Gran Coupe are equipped with a two-liter inline turbocharged gasoline four, developing 184 or 249 horses, depending on the degree of boost. With such a motor, the liftback will accelerate to hundreds in 5.9-7.9 seconds, depending on the version, and will consume 5.9-6.1 liters of gasoline per hundred in a combined cycle of movement. For lovers hotter, the manufacturer can offer a three-liter inline gasoline turbo six-horsepower for 326 hp. It will accelerate the fourth series to hundreds in 5 seconds and will consume about 7.1 liters of fuel per 100 km in a combined driving cycle. Among other things, the car is equipped with a two-liter diesel turbocharged engine, issuing 190 hp. It is far from the most dynamic – up to 100 km / h in 7.4 seconds, but it is very economical – only 4.5 liters of diesel per hundred in the same conditions.

BMW 4 Gran Coupe is made in the best traditions of the legendary German brand. She has a stylish and aggressive design that perfectly emphasizes the character and status of her owner in society. Such a car will not dissolve in the gray everyday stream and will not get lost in the large parking lot of the business center. Salon is a realm of luxury, exclusive decoration materials, verified ergonomics, practicality and impeccable comfort. Even a long road or a kilometer traffic jam will not be able to deliver the slightest inconvenience to the driver. The manufacturer is well aware that a car of this class, in the first place, should give driving pleasure. That is why the liftback is equipped with an excellent line of units, which are an alloy of innovative technologies and unsurpassed German quality.

Have any comments! We would love to hear from you!