Tips To Maintain The Durability Of Your Engine 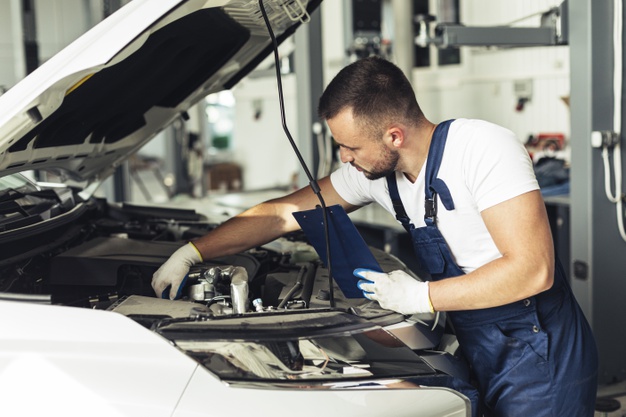 An engine breakdown is a costly problem. The engine is a complex assembly made up of hundreds of parts that have to be coordinated exactly. Modern engines last hundreds of thousands of miles as long as they are thoroughly and regularly maintained. In this article we will explain what you must consider for the safe operation of an engine.

Contents hide
1 What does the motor need?
2 Good lubrication, safe driving
3 The cooler engine, the better the engine
4 Engines need correct timing
5 How to treat the engine correctly

What does the motor need?

If one of the first fails, usually only the engine shuts down. A fault that can be easily remedied. However, if the cooling system , lubrication or transmission have a problem, you run the risk of irreparable damage to the vehicle. 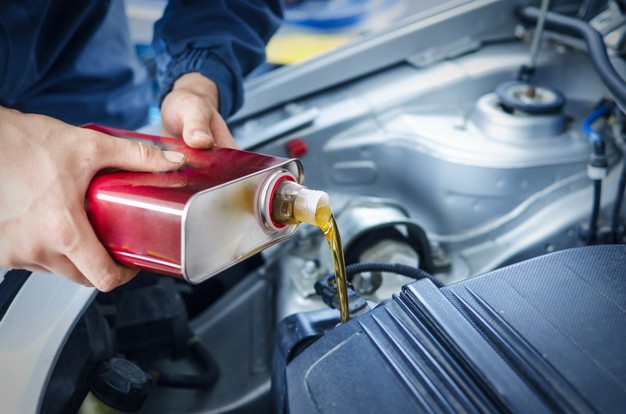 The lubrication of an engine is achieved through the oil circuit. The oil pump is responsible for pumping the lubricant throughout the engine and provides all moving parts with a smooth sliding seat. So the metal surfaces glide smoothly without damage. This is very important, especially for bearings, cylinders, valves and shafts . If lubrication fails, surfaces rub and material wears away . Then the pieces no longer work with the expected tolerance and they start to jam, hit one another and break. Good lubrication is achieved by changing the oil and filter regularly.

Also, pay attention to oil leaks. Possible leaks have to be rectified immediately since they are not only a danger for the engine but also a risk for the environment. Apart from regular oil level checks, attention must also be paid to the oil pressure. The oil pump generally fails without warning. When the oil pressure indicator light comes on, the pressure is too low. If no leak is detected, the oil pump is usually the problem. This can be avoided with regular check-ups. Likewise, each vehicle has its own maintenance intervals. Oil pumps are also the most durable components. They generally last about 150,000 kilometers .

The cooler engine, the better the engine

An engine requires an ideal temperature to function properly. Metals expand with heat. For a hot engine to function properly, its parts are somewhat loose when cold, but when they reach operating temperature they are all in the correct position. However, if the engine gets too hot, the parts expand too much. This has the same effect as poor lubrication – in which case parts begin to rub and stick . When the piston gets stuck in the cylinder, the engine is usually wrecked. Since engines are built in such a way that internal destruction ultimately happens, the head gasket burns out first.

A stuck piston can also cause the cooling hoses to burst . Also, the overpressure valve on the lid of the refrigerator can be released. In such a case the vehicle should be stopped immediately. The causes of an overheated engine are leaks in the cooling system or a faulty cooler. If coolant leaks, at some point the engine will no longer have enough and cooling performance decreases causing a constant rise in temperature. However, this is usually detected early by strong vapor formation under the hood. A refrigerator can also leak, rust, or clog. As a result, the engine is permanently too hot.

Taking a look at the radiator can help: If the lamellae are already rusted and falling off, the refrigerator should be replaced as soon as possible . A trick that can be useful if you have no other option, is to remove the thermostat to constantly cool the engine to the maximum. However, this will never reach the optimum operating temperature, but it reduces the likelihood of the engine overheating. However, it is only an emergency solution that should not be used for more than a couple of days.
By changing the radiator and with a waterproof cooling system, overheating should no longer be a problem .

The coolant pump is, in any vehicle, a wear part that is easily accessible on the engine . If it fails, it makes a squeak. In such a case it should be changed without fail. Otherwise it may clog and interrupt the flow of coolant. In many vehicles the cooling pump is responsible for tensioning the toothed belt and is easily changed when the belt is replaced. This prevents the coolant pump from aging and causing problems.

The direction of the motor refers to the synchronization of the axes. Each engine has a camshaft and a crankshaft. The latter takes the force of the pistons. The camshaft is responsible for opening and closing the valves of the combustion chambers. Both axes must move in a completely synchronized way. As soon as this timing no longer works properly, you run the risk of engine failure. Rising pistons could hit the valves and deform them. Also, the valves may split the piston. Both scenarios assume a serious engine failure, which generally cannot be fixed. The only possibility is to disassemble the entire engine, however this rarely pays off.

The transmission of an engine is made up of the following two systems:

Timing chains typically last considerably longer than timing belts. However, modern straps are also very durable. Depending on the vehicle, maintenance cycles of 100,000 kilometers can be expected . If adhered to, damage caused by these parts can be avoided. Timing belts tear suddenly from prolonged use. The timing chains, on the other hand, give of themselves before breaking completely causing an irregular operation of the engine. Likewise, each chain has a tensioner that presses with a plastic slide against the chain. Thus it is kept under tension. The tensioner is also a wear part that needs to be changed periodically.

How to treat the engine correctly

In order to keep using the motor for a long time, you should pay attention to the following things:

Keeping an engine always in good condition is one thing. Daily use with machines is also decisive for its durability . As previously described, you need an engine at the correct temperature to deliver optimal performance. Therefore, you should avoid rapid acceleration, if the engine is still cold. Driving at high revs is also not good for the engine since the hotter the engine gets, the more liquid the oil becomes and could lose its lubricating ability. Therefore, if you constantly drive at full speed, the interior of the engine deteriorates and it could permanently overheat.

Driving too low is also not good for the engine as the fuel does not burn completely and forms carbonaceous scabs on the valves and pistons . These crusts can sooner or later reach the oil circuit and clog the tracks. Furthermore, they can damage all moving parts causing nicks. The moving parts of an engine have a hardened surface. If it is damaged, the pressure can act on the softer material inside and further deteriorate it.

If gasoline and diesel are mixed up when refueling, you also run the risk of damaging the engine . Generally the fuel pump is damaged in such a case but also various other components can be affected by the wrong fuel. If the wrong fuel has been added, do not start the engine! In this case, the engine must be emptied as before. While this costs a lot too, it is still cheaper than repair.

A vehicle can also be damaged by being parked for a long time. Therefore, it is a good idea to start parked or decommissioned vehicles once a month for one minute to reliably avoid possible parking damage. Hitting the brakes hard can also keep your calipers in good shape.