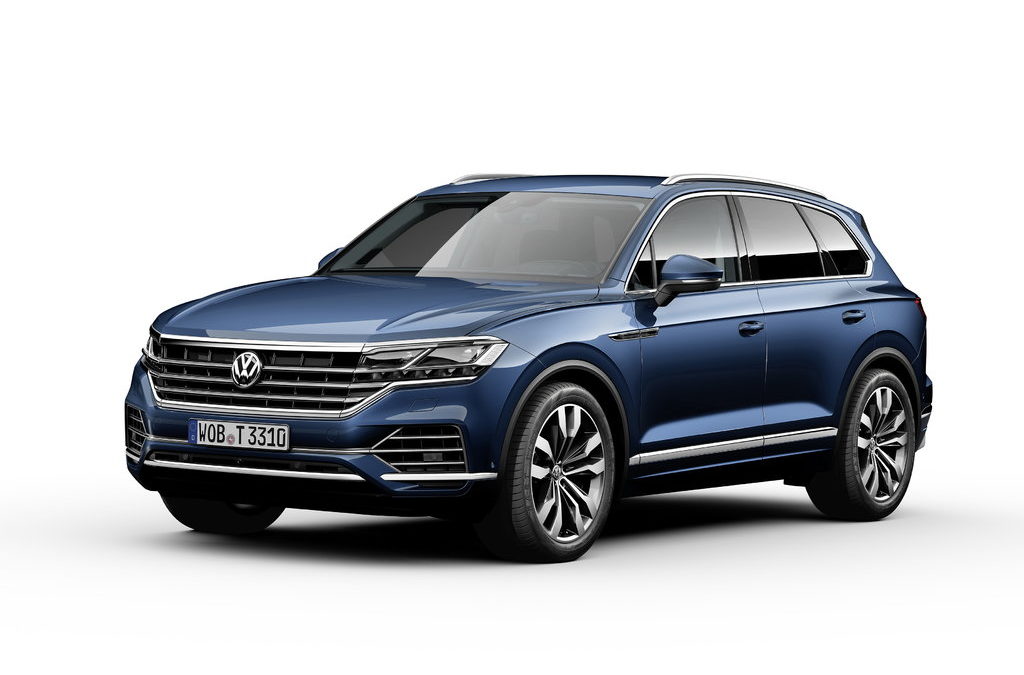 The third generation Volkswagen Touareg was originally conceived as a global car – the designers wanted to give it a way that consumers on all continents would like. For this reason, the Touareg, on the one hand, received a European-style laconic plastic surface of the body, and on the other – the brutal design of the front with a large chrome grille – a clear curtsy towards the Asian style.

Built Touareg 2019 on the architecture of the MLB Evo, which “run-in” on the current generation Audi Q7, Bentley Bentayga and Porsche Cayenne. But, if with the latter in two previous generations, the Touareg had unified door panels, now with Kayen the whole exterior bodywork is different, and the only common detail on the outside is the windshield. In the new generation, the Touareg has become even more comfortable and safer. But there is a minus for connoisseurs of off-road potential – the car lost the package of the Terrain Tech Pack, which offered a full-fledged four-wheel drive (with a mechanical center differential, demultiplicator, rear differential lock). Off-road package with additional off-road chassis operation modes, enhanced bottom protection and increased fuel tank capacity serves as compensation. Specifications for the RF include three engine options to choose from: petrol 2.0 TSI (249 hp) and 3.0 TSI (340 hp) and diesel 3.0 TDI (249 hp) – all with an 8-speed hydromechanical “automatic”

The design of the front panel of the Volkswagen Touareg 2019 saloon is made in the Volkswagen style typical of the latest wave style. The role of the instrument cluster is performed by a 12-inch digital screen (with a resolution of 1920×720 pixels), while the multimedia system has a 15-inch touchscreen display (1920×1020 pixels). Sensors control the integration functions with a smartphone, ventilation, chair massage, etc. At the same time, frequently used functions (for example, the sound of the audio system) are still answered by analog switches. Touareg 2019 will offer navigation with three-dimensional maps, support for the integration of mobile devices (MirrorLink, Apple CarPlay and Android Auto), a wireless charger, several USB ports in the front and rear of the cabin, a Wi-Fi access point. In the standard, the car has electric adjustment of the front seats, dual-zone climate control, fabric interior, rear seats on a sled (move 160 mm, and separate backs change the angle of inclination to 21 degrees). In addition, depending on the level of configuration, the SUV will offer multi-contour leather chairs with electric drive, ventilation and pneumomassage, four-zone climate control, a projection display, a panoramic roof of 1270×825 mm in size, 30 shades of background lighting, Dynaudio acoustics with 730 W and other.

The basic installation for the Volkswagen Touareg on the market will be the 2.0-liter gasoline 4-cylinder turbo engine with direct injection (249 hp). The next position is taken by the V-shaped 6-cylinder 3.0 TSI with 340 hp. (450 Nm), which is essential for all markets. Three diesel engines for the Touareg have been developed: two V6 3.0 TDIs with a return of 231 and 286 hp. (500 and 600 Nm) and one V8 4.0 with a capacity of 421 hp (900 Nm), similar to what is installed in the Audi SQ7. However, only one version of the V6 turbodiesel with a setting of 249 hp (600 Nm). All Volkswagen Touareg engines comply with Euro-6 standards and are equipped with an 8-speed hydromechanical “automatic”. The 4Motion all-wheel drive system with locking center differential is also installed by default.

Suspension Touareg has a fully independent, multi-link. The length, width, height of the SUV are 4878, 1984 and 1702 mm respectively – the new Touareg is 77 mm longer than its predecessor, 44 mm wider and 7 mm lower. Wheelbase – 2894 mm. Despite the increased size, the curb weight was reduced by 106 kg – thanks to the wider use of aluminum. Good are indicators of geometric terrain. With standard springs, the ground clearance is 220 mm, the entry and exit angles are 25 degrees, the ramp angle is 18.5 degrees, the depth of the ford to be overcome is 490 mm. With air suspension, the ground clearance can increase up to 300 mm, the angles of entry / exit – up to 31 degrees, the ramp angle – up to 25 degrees, the maximum depth of the water barrier – up to 570 mm. Off-road modes (+25 mm to the base body height) and Special off-road (+70 mm) modes are optional for pneumatics. The car can “squat” to improve aerodynamics at speeds above 120 km / h (-15 … -25 mm) or for ease of loading / unloading the trunk (-40 mm). The volume of the luggage compartment is 687 to 810 liters, depending on the position of the back sofa (113 liters more than its predecessor). If you fold the rear sofa, the trunk is more than doubled, but without the formation of a flat floor.

Volkswagen Touareg 2019 demonstrates the traditionally high level of saturation with security systems and traffic control. For the first time, a fully-operated chassis and active anti-roll bars with electromechanical actuators are available for the SUV. In addition to the standard set of 10 airbags and a set of active systems ABS + EBS, ESP, ASR, for Touareg offers many other assistants. These are autopilot of traffic in traffic jams, systems for preventing frontal collisions and preventing repeated collisions, a system for maintaining traffic lane and assistance in rebuilding, a semi-automatic parking attendant, and control of driver fatigue. Thanks to the Dynamic Road Sign Display system, the car is able to recognize road signs, it can also assist in maneuvering with a trailer (Trailer Assist). 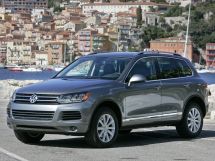 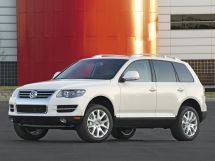 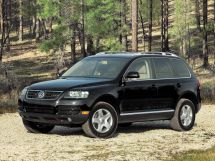