What is the function of a Turbocharger? 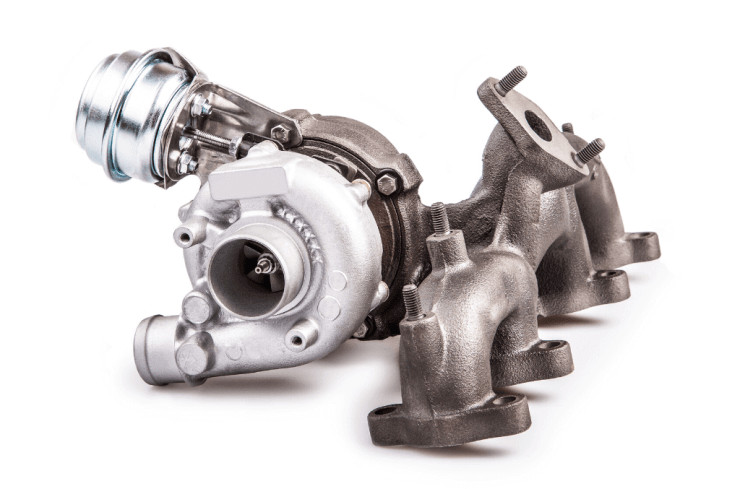 Contents hide
1 What is the turbocharger used for?
2 How does it work?
3 Bi-turbo: what is it?
4 The “turbo lag” : what is it?
5 How long does a turbo last?
6 How to prevent damage from a turbo?
7 What are the most common problems?
8 Adapt your driving style to preserve the turbocharger

What is the turbocharger used for?

The turbocharger increases the performance of the internal combustion engine. The engine derives its power from combustion between a mixture of air and fuel. The more the engine is powered by this mixture, the more power it gains. To increase the volume capacity of the engine, the volume of the cylinders is often increased or an additional cylinder is added. The same result is obtained by injecting more air into the cylinders. This is the role of the turbocharger.

How does it work?

A vehicle without a turbocharger only injects fresh air (from outside) into the combustion process. The turbocharger will also use the exhaust gases released by the engine: this improves engine performance while reducing fuel consumption and particulate emissions.

The turbocharger is equipped with a turbine and an air compressor driven by the exhaust gases. The exhaust gases released from the engine via the exhaust manifold are directed to the combustion chamber in which the rotor is located. Through a common shaft, it drives the compressor rotor, located on the other side of the device (often called the “ cold section ”), which compresses the air supplied to the motor.

Since compressed air contains more oxygen in a unit of volume, it becomes possible to create better conditions for the combustion process. A larger amount of air combined with an additional amount of fuel can be used to increase engine power or, as in the case of diesel engines, allows for better combustion, by significantly reducing the amount of pollutants emitted and increasing the capacity of the engine. engine efficiency.

Bi-turbo: what is it?

Many turbocharged engines feature two turbochargers instead of one. These two turbos are slightly smaller and share the exhaust flow from the cylinders. So, if the system is equipped with 6 cylinders, each turbo will use 3 of these cylinders.

The main advantage of this turbocharged couple is the weight reduction compared to a single large turbo. To have sufficient power, a single turbo of imposing size would need more energy. The vehicle would therefore need higher engine performance to accelerate. This is not the case if your car is fitted with bi-turbos which provide sufficient compressed air, even at low speed. These also provide enough energy when the speed is higher.

The turbo lag refers to an abnormally long time response turbocharger once a certain speed reached. Nowadays, this problem is no longer common. This is why this term refers instead to turbochargers from the 90s.

How long does a turbo last?

Generally, the turbocharger lasts as long as the engine and does not need to be replaced. However, the life of the turbocharger depends on different factors, so sometimes replacement or repair may be required.

How to prevent damage from a turbo?

Thanks to the know-how of our partner garages, we know that most problems related to the turbocharger can be avoided with regular maintenance of your car. To prevent turbo failures, be sure to regularly change the engine to replace the oil and filter. Also be sure to check the engine oil level and clean the air filter. By doing this, you make sure that your turbocharger stays in good condition for as long as possible and you avoid early repairs or replacement.

What are the most common problems?

One of the most common problems is turbocharger fouling due to debris or dirt contained in the oil.

Adapt your driving style to preserve the turbocharger

The turbocharger is subjected to very high temperatures due to the energy generated by the exhaust gases. A standard diesel engine can reach 1000 degrees. If the car is parked immediately after a long journey, especially on the highway, heat can build up in the engine. Due to the lack of ventilation, the temperature cannot be properly regulated, which significantly reduces the life of your turbocharger .

Sudden temperature changes should be avoided. If you are driving for a while on the freeway, we recommend that you slow down towards the end of your journey and do not park immediately in order to let the turbo cool down.

At the same time, be careful to avoid big temperature differences at the start of your journey: let the engine warm up a bit before driving at full speed.