Looking for a used engine? 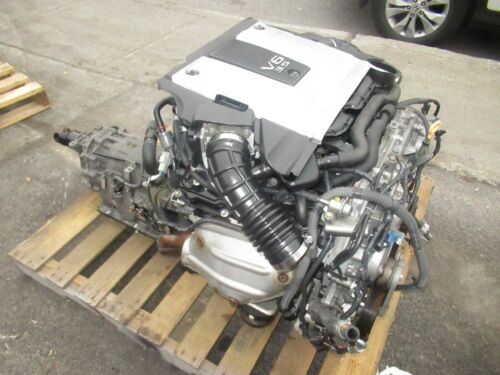 We know that finding a second hand engine for sale can be a daunting task. That’s why we’ve made it easy for you by connecting you with a network of suppliers throughout the USA. You can get multiple quotes and choose the best price. Plus, our suppliers offer shipment throughout USA.

Our suppliers have new stock arriving daily, so you’re sure to find the perfect engine for your vehicle. These engines are sourced from wrecked vehicles or from overseas from Japan. So you can be sure that you’re getting a quality product at a great price.

Inquire now and start getting quotes from our engine supplier network!

Infiniti is a luxury car brand created by Nissan. Sales of Infiniti officially began on November 8, 1988 in North America to compete with Audi , Mercedes-Benz, Buick , BMW, and Volvo. Since then, its global operations have expanded to include Panama, Mexico, the Middle East, South Korea, Taiwan, Russia, China, Ukraine and Chile as well. Today, the Infiniti worldwide network comprises more than 490 dealers, present in 50 countries. 1 Nissan’s strategy is similar to that of Honda and Toyota, who created their own luxury brands, respectively Acura and Lexus.

The company indicated that manufacturing of Q30 and QX30 cars at the Sunderland plant ( UK ) would end at the end of July 2019 7 and operations in Europe at the beginning of 2020.