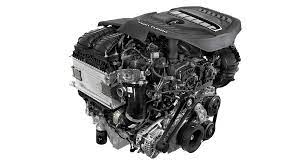 Jeep engines are notoriously difficult to find, and even when you do, it’s often a challenge to get them installed properly

Not only are used Jeep engines hard to find, but they’re also expensive. If you’re not careful, you could wind up spending a lot of money on an engine that doesn’t fit your car or that doesn’t work properly.

Used Engine Finder is the perfect solution for finding second hand motors. We have a large network of auto wreckers and engine importers, so we can help you find the right engine for your Jeep quickly and easily. Plus, all of some of our suppliers engines come with a warranty, so you can be sure that you’re getting a quality product.

Our suppliers pressure test every single engine before shipping, so you can rest assured that the engine will run smooth when it arrives to your mechanic. A warranty is also provided with some of our engines, so you can have peace of mind knowing that you’re covered in case anything happens.

Jeep – American manufacturer of SUVs, off-road cars and pickups based in Toledo, operating since 1950. The brand has belonged to the Fiat Chrysler Automobiles concern since 2014.

In the 1940s, the term Jeep was also a colloquial term for American off-road vehicles produced since 1941 by Willys-Overland Motors.

The Jeep is a four-wheel motor-driven vehicle with a front and a rear seat, approximately the size of a passenger car, of American origin. There are several stories about the origin of the name Jeep:

An early prototype was called Ford GPW (1/4-ton 4×4 truck). Where the G stands for Government and the P is a code for the size of the wheelbase, which is 203 cm (80 in ). The W for Willys-Overland (there the model was called: Willys MB ), the designer of the jeep as chosen by the military.

Another possibility refers to a character from the Popeye comic strips (1936). The creature is called Eugene the Jeep, with the ability to turn up in the most unexpected places and moments.

The name may be derived from the English acronym GP which stands for general purpose.
The original Jeep model was created as a result of a “design competition” launched by the United States military. The aim of the competition was to design a light (1/4 ton) reconnaissance vehicle. The military had drawn up a list of specifications that the vehicle had to meet, such as:

The vehicle was open with a forward folding windshield (windscreen). It accommodated a driver and three passengers, one in the front and two in the back, but could also be used for transporting all kinds of other things.

Entries came from Ford, Willys-Overland and American Bantam. The winning design came from American Bantam but due to political play, it was also a small producer with insufficient capacity to manufacture the vehicle in sufficient numbers, the ultimate choice fell on the Willys-Overland model. The war led to a great need for jeeps and Ford was also involved in the production. Willys provided Ford with all the information related to the jeep, making the jeeps of both manufacturers almost identical. The jeep was built in World War II widely used on the Allied side. During the war, Ford produced 278,000 and Willys more than 335,000.

After the war Willys continued to produce the Jeep for the military. The Jeep Jeepster was produced in 1947, what can be called an early predecessor of the SUV ; it was a Jeep-look car with conventional rear-wheel drive. Because Willys was busy producing for the military, production of the Jeepster was halted.

Willys-Overland was taken over by Kaiser-Fraser in 1953 . Today Jeep is part of Fiat .

In the meantime, Jeeps have also been built by: